John Legend net worth: John Legend is an American singer-songwriter, producer, actor, and philanthropist. As of this writing, John Legend's net worth is $75 million dollars. That is a blended combined net worth with his wife since 2013, supermodel Chrissy Teigen. John is responsible for the vast majority of the couple's wealth, though Chrissy has earned at least $10 million per year every year since 2018 from modeling, endorsements, and television projects.

Early Life: John Roger Stephens was born on December 28, 1978, in Springfield, Ohio. His parents, Phyllis and Ronald had four kids. His mom was a seamstress who sang and was the director of the church choir. His father worked at an International Harvester factory and was a drummer. His grandma was the church organist. John began performing with the church choir at four. He was homeschooled. He learned to play the piano when he was seven. Legend skipped two grades in school due to his academic prowess. He enrolled at Springfield North High School at 12 and graduated at 16 as the salutatorian of his class. Legend was accepted to Harvard, Morehouse, the University of Pennsylvania, and Georgetown. He attended UPenn.

Legend was the musical director of Penn's co-ed jazz and pop a cappella group The Counterparts during college. The group's recording of the Joan Osbourne song "One of Us," was chosen for 1988 Best of Collegiate a Cappella compilation CD. Legend met Lauryn Hill in college and she hired him to play piano on the song "Everything is Everything," from her iconic album "The Miseducation of Lauryn Hill."

Career:  After college, Legend worked as a management consultant while he started writing, producing, and recording his own music. He released his self-titled demo in 2000 and "Live at Jimmy's Uptown" in 2001, which he self-released and sold at his gigs. He soon began sending his demo to record labels.  In 2001, Legend was introduced to Kanye West, who was a then-an-up-and-coming-hip-hop artist. West hired Legend to sing the hooks in his songs. West also signed Legend to his label.

Legend chose his stage name from an idea the poet and songwriter J Ivy said to him. Ivy basically said that Legend's music sounded old school like one of the Legends. So he began calling John Legend. So did West. Eventually, Legend adopted the name himself as well.

Legend's debut album, "Get Lifted," was released on Kanye West's GOOD Music label in December 2004. The album debuted at number seven on the U.S. charts. "Get Lifted" won the Grammy Award for Best R&B album in 2006. Additionally, Legend was nominated for  Best Male R&B Vocal Performance and Best New Artist. Four singles were released off the album. Legend c0-wrote the Janet Jackson song "I Want You," which was nominated for an award at the 47th Annual Grammy Awards in 2005. Over the next handful of years, Legend made appearances on a number of albums for other groups and musicians including Mary J. Blige, Jay-Z, The Black Eyed Peas, and Stephen Colbert, among others.

Legend also was working with Michael Jackson on an upcoming album prior to his death. When Jackson died, only one song had been written.

In February 2006, Legend performed during the pregame show at Super Bowl XL in Detroit, Michigan as well as at the NBA All-Star Game in Houston, Texas.

In the summer of 2006, Legend performed a song called "It Feels Good When You Sing a Song" with Hoots the Owl on "Sesame Street." 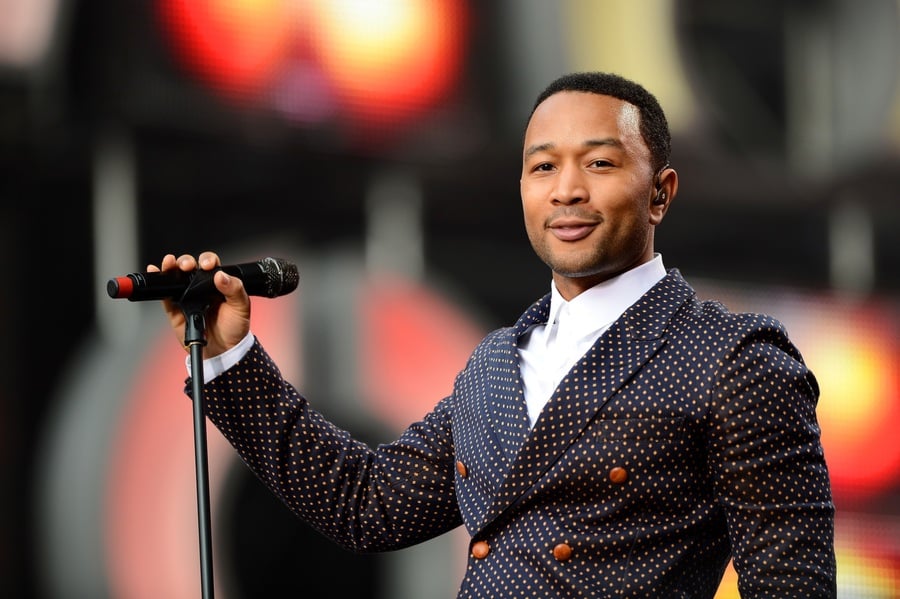 "Once Again," Legend's second album,  was released in the fall of 2006.  The album hit number three on the charts and debuted on top of the R&B/Hip-Hop charts. He won the Grammy Award for Best Male R&B Vocal Performance for his song "Heaven." He also won a Grammy for his collaboration on the song "Family Affair." In October 2008, he released his third album, "Evolver." The single "Green Light," featuring Outkast's Andre 3000. The song had the highest ranking on the song charts since his song "Ordinary People."

In 2010, Legend and the Roots released a collaborative album, "Wake Up!"   In 2011, Legend won three Grammy Music Awards: Best R&B Song for "Shine," as well Best Traditional R&B Vocal Performance for "Hang On in There," and Best R&B Album.

In 2013, Legend released his album "Love in the Future," which reached number two in the U.S. and the U.K. The third single from the album, "All of Me," became an international hit. The song is dedicated to his wife Chrissy Teigen. He performed the song at the 56th Annual Grammy Awards. In 2014, "All of Me" was the third best selling song in the U.S. and U.K.

His album "Darkness and Light" was released in 2016. In 2018, he released the album "A Legendary Christmas."

In 2020, Legend performed in a special Quarantunes benefit concert.

In July 2020, Legend performed Whitney Houston's "Greatest Love of All" with Andra Day at a fundraised for Joe Biden's presidential campaign.

Personal Life: Legend met model Chrissy Teigen in 2006 when she starred in the music video for his song "Stereo". They became engaged in December 2011 and were married on September 14, 2013, at Villa Pizzo in Como, Italy. The couple had a daughter, Luna, in April 2016  and a son, Miles, in May 2018. Both children were conceived via in vitro fertilization.

In an appearance on Dax Shepherd's podcast "Armchair Expert" in the summer of 2020, Legend admitted to having a history of cheating on his girlfriends, especially back in his 20s. Legend talked about being two years younger than his classmates in high school and college and thus, not getting a lot of attention from women. When he did, he lapped it up and acted irresponsibly. He was quick to add that all of that changed when he met Chrissy Teigen. His wife, an expert Twitter troll, took the bait, tweeting, "Especially…the other sh*t is the 10s and 30s, so better be talking the tens, idiot." Legend and Teigen met when he was 28.

Legend was one of a number of celebrities who took to social media to pay tribute to the late civil rights icon John Lewis when he passed away in July 2020. He tweeted: "Thank you, John Lewis, for being a warrior for justice. Thank you for loving us so much that you devoted and risked your life to bring us closer to freedom. As we mourn and remember his incredible life, let's rededicate ourselves to carrying on his legacy."

Real Estate: In April 2020, Legend and Teigen bought a $5.1 million modern contemporary house in West Hollywood, California – not far from their current Beverly Hills home, which they purchased for $14.1 million in 2016.  Their real estate portfolio also includes two penthouses in New York City. They bought one in May 2018 for slightly over $9 million and the second in April for $8 million.

In September 2020, John and Chrissy paid $17.5 million for the following mansion in Beverly Hills: 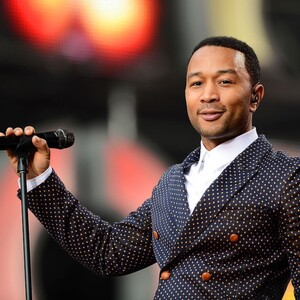