John Cale Net Worth: John Cale is a Welsh musician, composer, singer/songwriter and record producer who has a net worth of $10 million. John Cale was born March 9, 1942 in Garnant, Carmarthenshire, Wales. He is best known as a founding member, along with singer/songwriter Lou Reed, of the experimental rock band Velvet Underground.

Cale has also worked in various genres, including drone and classical, and studied music at Goldsmiths College, University of London. Since leaving Velvet Underground in 1968, Cale has released approximately 30 albums. His most widely known solo work is his album Paris 1919 and his cover version of Leonard Cohen's Hallelujah, as well as his mid-1970s Island Records trilogy of albums: Fear, Slow Dazzle, and Helen of Troy. Cale has produced and collaborated with the likes of Lou Reed, Nico, La Monte Young, John Cage, Terry Riley, Hector Zazou, Cranes, Nick Drake, Mike Heron, Kevin Ayers, Brian Eno, Patti Smith, The Stooges, Lio, The Modern Lovers, Art Bergmann, Manic Street Preachers and front man James Dean Bradfield, Super Furry Animals, Marc Almond, Element of Crime, Squeeze, Happy Mondays, LCD Soundsystem, The Replacements, and Siouxsie and the Banshees. In '60s and '70s, Cale was heavily involved in New York's drug scene, cocaine being his drug of choice. He was said to have "taken most of the available drugs in the United States" and "In the '60s, for me, drugs were a cool experiment… In the '70s, I got in over my head. He now feels his drug addiction negatively affected his music during the '80s and went on to cite his 'cleaning up' as following a series of embarrassing concerts and the birth of his daughter. According to a 2009 BBC interview, the "strongest drug" he was then taking was tea. Cale hosted a documentary about the problems of heroin addiction called Heroin, Wales and Me to promote awareness of the addicts and easy availability of the drug in his native Wales.

John Cale was inducted into the Rock and Roll Hall of Fame as member of the Velvet Underground in 1996, and appointed Officer of the Order of the British Empire in 2010. 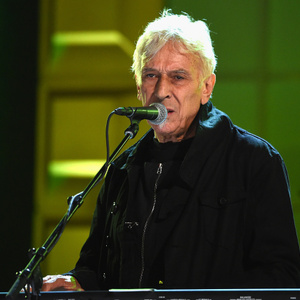