John Bell net worth: John Bell is an American musician who has a net worth of $4 million dollars. John Bell was born in Cleveland, Ohio, and met his future bandmates while attending the University of Georgia. He, and fellow musicians, Michael Houser and Dave Schools, began performing covers songs together at various local venues.

Their group grew, and the band, known as Widespread Panic, has been touring and recording together for nearly 25 years. Mr. Bell serves as the group's rhythm guitarist and lead singer. They have amassed a loyal following over the years, and have released thirteen studio albums and nine live albums. Widespread Panic plays as many as 150 concerts at various venues each year. In addition to his work with Widespread Panic, John Bell is also a philanthropist focused on spinal muscular atrophy (SMA). He holds an annual fundraiser and benefit concert for SMA research. He also regularly participates in fundraisers for Habitat for Humanity. 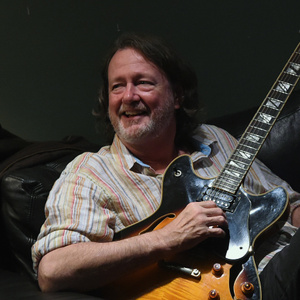