What is Joey McIntyre's Net Worth?

McIntyre was born on December 31, 1972 in Needham, Massachusetts and was raised in Jamaica Plain. His parents where Thomas and Katherine McIntyre. His father worked as a union official while his mother was a community theater actress. He was raised in a large family, being the youngest of nine children, and the family was an Irish-American Catholic family. He attended an all-male Catholic private school, Catholic Memorial School, in West Roxbury, Massachusetts.

In 1985, when McIntyre was 12 years old, he was invited to join New Kids on the Block, making him the youngest in the group when he replaced band member Jamie Kelly. While it was initially hard for him to mesh with the group considering the fact the rest of the members were already friends, they eventually got along. Over the next few years, New Kids on the Block became one of the most successful boy bands of all time. They produced two number one albums on the U.S. Billboard Charts and were at one time the highest-earning entertainers in the field. The band remained together until 1994.

McIntyre was still interested in pursuing music after NKOTB split up. Though he spent a lot of time writing songs and working on his music, he was unable to find a recording contract so he decided to record his own album and sell it on his website. The album, "Stay the Same," received some airplay in Boston and eventually on national airwaves. He then landed a recording contract in 1999 with Sony Music USA. They then re-released the album and ended up selling more than a million copies around the world. The same year, he also recorded the song "Remember Me" for the film "Southie," starring former bandmate, Donnie Wahlberg.

Two years later, McIntyre released his second album, "Meet Joe Mac," though it did not chart. He also released a third and then a fourth album in 2004. In 2006, he released an album of cover versions in December of 2006.

In April of 2008, New Kids on the Block reunited. They released their first full-length album in fourteen years in September titled, "The Block." They then kicked off a reunion tour followed by the "Full Service" summer tour in 2009. They also decided to tour with the Backstreet Boys in 2011.Meanwhile, McIntyre continued making his own solo music. He released an EP, "Here We Go Again," in December of 2009. In November of 2011, he released a Christmas album titled "Come Home for Christmas," which featured a number of holiday classics. He then took a hiatus from released solo music until October of 2020 when he released "Own This Town."

In May of 2021, McIntyre announced on Instagram that he would be releasing a single in collaboration with Debbie Gibson called "Lost in Your Eyes." They also announced that they would be performing together as part of a mini residence in Las Vegas at the Venetian Resort in August of 2021. 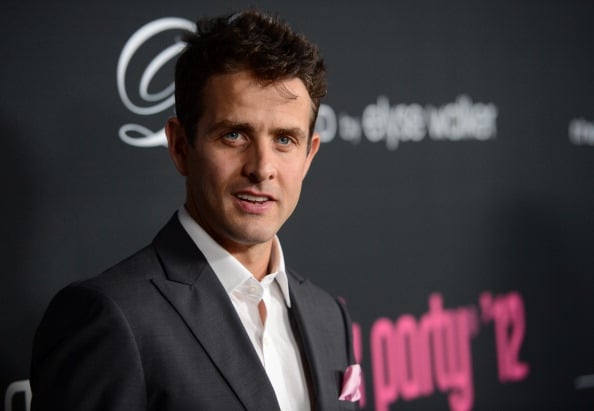 While making solo music, McIntyre also began acting, both on stage and on screen. He appeared in "Tick, Tick…BOOM!" for both the national and off-Broadway versions of the play. He also appeared in the television series, "Boston Public," in 2002 and the film "Tony n' Tina's Wedding" in 2004. The same year, he also landed the leading male role in the Broadway musical "Wicked" from mid-2004 to January of 2005. He received very positive critical reviews for his performance. He also competed in the first season of the reality television show, "Dancing with the Stars," where he won third place.

The next year, in he landed the role of Fonzie in the musical, "Happy Days," based on the TV show. It had two runs throughout 2006. In 2007, he appeared in "Christmas at Cadillac Jacks," a Christmas film for The Hallmark Channel. In 2011, he appeared in an episode of "Psych," the detective comedy series. In 2013, he appeared alongside Melissa McCarthy in the buddy cop comedy, "The Heat." The following year, he appeared in "The McCarthys," and then in "Fuller House" in 2016. In February of 2019, McIntyre returned to Broadway in the musical "Waitress."

In 2002, McIntyre met Barrett Williams. The couple married exactly one year later on August 9, 2003. In November of 2007, they had their first child, Griffin, in Los Angeles. Two years later, in December of 2009, they had their second child, Rhys. They welcomed their third child, Kira, in May of 2011.

In 2017, McIntyre released the first episode of his podcast, "The Move with Joey McIntyre." During the show, he interviews various guests about memorable moves that they had throughout their lives.

Over the years Joey and Barrett have owned a number of impressive homes. In the early 2000s they paid $4.45 million for a home in LA's Hancock Park neighborhood. They sold this home in 2018 for $5.8 million. 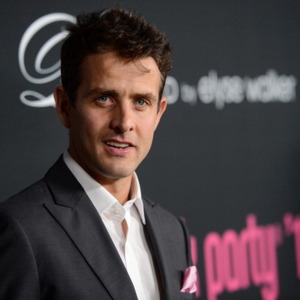