Joey Fatone Net Worth: Joey Fatone is an American singer, actor and television show host who has a net worth of $7 million. He is best known for being a member of the boyband NSYNC.

Early Life: Joseph Anthony Fatone Jr., better known as Joey Fatone, was born on January 28, 1977, in Brooklyn, New York City. His parents are Phyllis and Joe Patone, and he has two siblings, a brother named Steven and a sister named Janine. Music runs in the family, and his father Joe once sang in a doo-wop group called the Orions. When Fatone was thirteen years old, his family moved to Orlando, Florida, and he attended Dr. Phillips High School. After graduating from high school, he worked at Universal Studios in Orlando as a performer. He played the role of "Wolfie" in the show Beetlejuice's Rock and Roll Graveyard Revue.

Music Career: Fatone became friends with Chris Kirkpatrick in the summer of 1995. They worked together at Universal Studios as stage performers. Kirkpatrick had tried out for the Backstreet Boys but did not make the cut, but met with Lou Pearlman to discuss putting together another group. Pearlman agreed, and they set out to find members for the group. Fatone joined Kirkpatrick, Justin Timberlake, and JC Chasez to form the group NSYNC. Later, Lance Bass was added to the group after their original bass singer, Jason Galasso, dropped out. Eventually, the group was signed to BMG Ariola Munich, and they relocated to Sweden to work on their debut album.

They debuted in Europe with the release of their first single, "I Want You Back", in Germany on November 18, 1996. Their self-titled debut album followed in May 1997. The group weathered extensive legal battles with their former record label Bertelsmann Music Group, as well as their former manager Lou Pearlman. Eventually, they were able to release their second studio album, "No Strings Attached" in 2000. The album was a huge hit, and sold even one million copies in a day. It also set a record when it sold 2.42 million copies in a single week; this record stood for over fifteen years. Their third album, "Celebrity", was released in 2001, and included many hit songs like "Bye Bye Bye", "Pop", and "It's Gonna Be Me". "It's Gonna Be Me" actually hit No. 1 on the US Billboard Hot 100 chart. Following their successful Celebrity Tour in 2002, which earned almost $30 million, the group went on what was supposed to be a temporary hiatus, but ended up being a permanent split with no new material released, despite several more public appearances together. In total, NSYNC were nominated for eight Grammy Awards. They also performed at notable events including the World Series, the Super Bowl, and the Olympic Games, and collaborated with famous artists like Elton John, Michael Jackson, Stevie Wonder, Britney Spears, Phil Collins, Celine Dion, and Aerosmith, among many others. 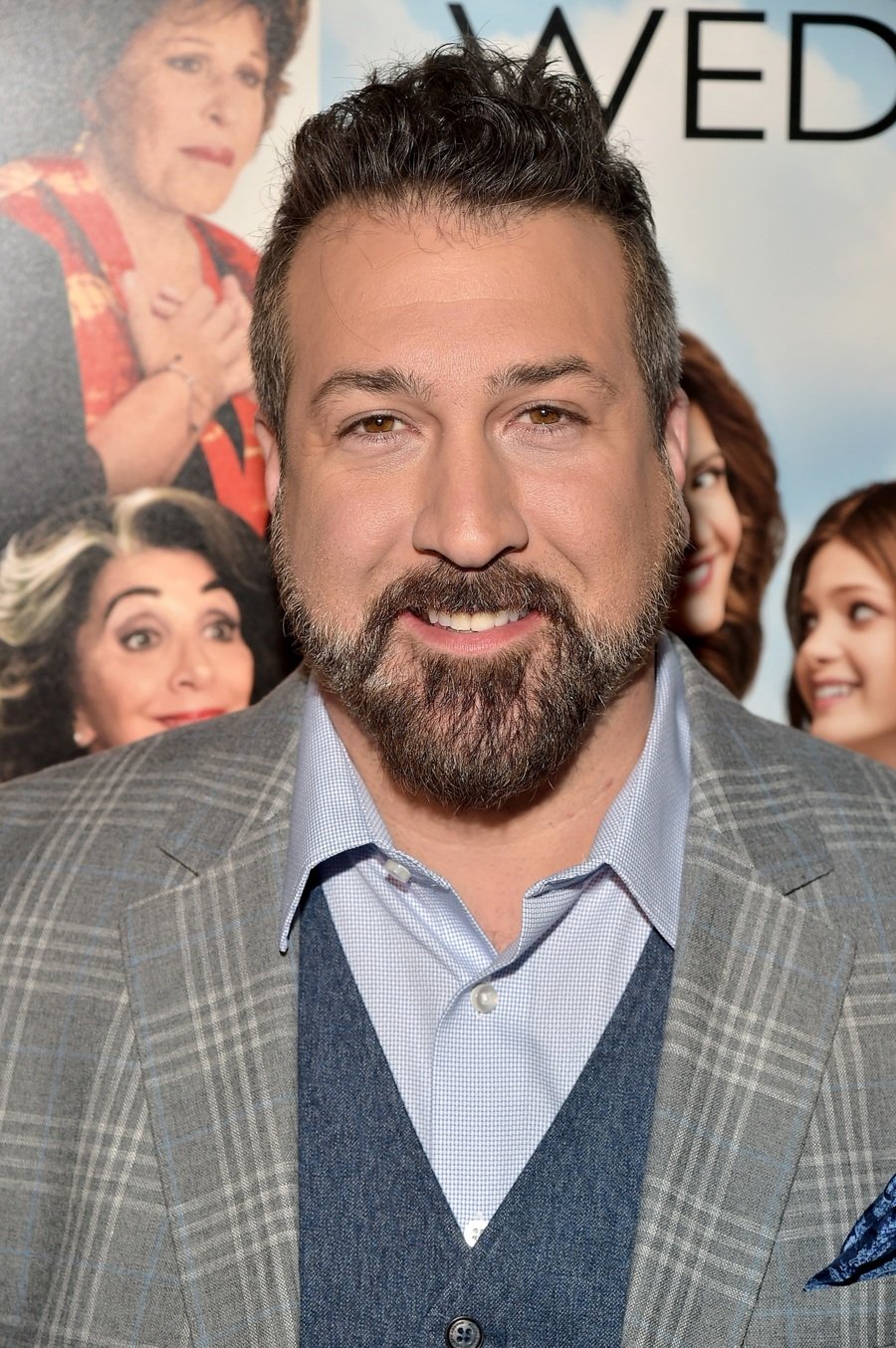 While still with NSYNC, Fatone made his acting debut alongside bandmate Lance Bass in the Miramax film "On the Line" (2001). He also did some voice acting work, including on shows like "The Simpsons", "Kim Possible", and "Robot Chicken". Following the end of his time with NSYNC, Fatone continued to provide his voice for "Robot Chicken". He also continued to act, appearing in the movies "My Big Fat Greek Wedding" (2002) and "My Big Fat Greek Wedding 2" (2016) as Toula's cousin Angelo, and reprised the role in the spin-off television series "My Big Fat Greek Life". He has also appeared in films like the critically acclaimed film "The Cooler" (2003); the experimental film "Red Riding Hood" (2006) alongside Henry Cavill and Morgan Thompson; the film "Homie Spumoni" (2006); "Dead 7" (2016), and "Izzie's Way Home" (2016). Other television shows he has acted on include "Shorty McShorts' Shorts" and "Hannah Montana". Additionally, he has appeared on Broadway playing the lead in shows like "Rent" in 2002, and "Little Shop of Horrors" in 2004. Other stage productions he has been involved in are "The Producers" in 2010, "42nd Street" in 2013, and "Rock of Ages" in 2015.

Fatone has also made the transition into reality television and hosting. He has hosted shows including NBC's "The Singing Bee" (and the Australian version which aired on Nine Network), NBC's "Celebrity Circus" (2005), the Live Well Network series "My Family Recipe Rocks", and was a celebrity guest host for "The Price Is Right Live!". He also was the announcer for Steve Harvey on "Family Feud" from 2010 to 2015, and was a celebrity contestant on the Food Network reality series "Rachael vs. Guy: Celebrity Cook-Off" (2012). He was also a contestant on the singing competition show "The Masked Singer" (2019), and the fourth season of "Dancing with the Stars" (2007). He ended up placing second on "Dancing with the Stars" along with his professional partner Kym Johnson, losing out to former Olympic athlete Apolo Anton Ohno and Julianne Hough.

Other Ventures: Fatone opened up his own hot dog restaurant, Fat One's, in September 2016 in Orlando, Florida. In addition to his restaurant, in 2017 he also began selling his hot dogs on the Home Shopping Network.

Personal Life: Fatone first met his wife Kelly Baldwin in 1993, when they were still in high school. He joined NSYNC two years later, and their relationship went through an off-and-on period, but the couple rekindled their relationship in early 2000. Baldwin became pregnant later that year, and their first child was born in 2001. They became engaged in 2002, and married in September 2004. Their second child was born in January 2010. Unfortunately they filed for divorce in 2019. As part of the divorce procedures, Joey listed his monthly income at $38,000 and agreed to pay Kelly roughly $8,000 per month in spousal and child support. 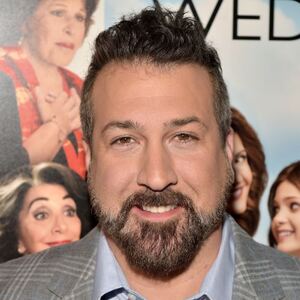