Jody Watley Net Worth: Jody Watley is an American singer, songwriter and record producer who has a net worth of $6 million. Jody Watley accumulated her net worth through her many musical talents. Born Jody Vanessa Watley on January 30, 1959, in Chicago, Illinois, US, she is considered to be one of the defining iconic artists of the 1980s whose music includes a palette of various genres from Pop, R&B to Jazz, and Electronic Soul.

Making her first stage appearance at age eight, Watley got her professional start on the TV dance show Soul Train at the age of fourteen. Next, she became one of the original members of the R&B group Shalamar, with which she performed from 1977 to 1984. Following the band's split Watley embarked on a solo career, releasing her debut album in 1987. It soon became a million-seller and spawned three US Top 10 hits like Looking For A New Love, Don't You Want Me and Some Kind Of Lover. This album fetched her a Grammy award for Best New Artist later that year. As for the subsequent, Larger Than Life album, it achieved gold status and included the US #2 hit Real Love, as well as further hits like Everything and Friends. Thus, Jody Watley joined the likes of Janet Jackson and Madonna, ranking as one of MTV Video Music Awards most nominated female artists ever, with six nominations for her 'Real Love' video. Jody Watley's next releases, Affairs Of The Heart and Intimacy, only cemented her status as one of the most energetic and adept contemporary soul singers. In 1995, she launched her own Avitone Records label to facilitate the release of her fifth album, Affection, which was followed by four more: Flower (1998), The Saturday Night Experience (1999), Midnight Lounge (2001) and The Makeover (2006). To date, she is best appreciated for being a trend-setter and a pioneer who introduced new standards for dance, style, music and video. She also got the credits for including a rapper on the specialized verse/bridge for the very first time with their collaboration on "Friends" featuring Eric B.

& Rakim, which would become a common formula in commercial Pop/R&B/Hip-Hop. 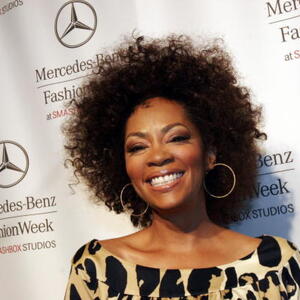