How much is DeVante Swing Worth?

Jodeci Net Worth: Jodeci is an American music group who has a net worth of $10 million. Jodeci formed in 1990 and consists of two pairs of brothers from Charlotte, North Carolina. The group consists of Mr. Dalvin (DeGrate), DeVante Swing (Donald DeGrate), Cedric "K-Ci" Hailey, and Joel "JoJo" Hailey. They were named by taking letters from all four members. Jodeci released three studio albums that all hit #1 on the U.S. R&B charts. Their debut studio album Forever My Lady was released in 1991 on Uptown/MCA Records and was certified 3x Platinum and reached #1 on the US R&B chart. Their second album Diary of a mad Band was released in 1993 and was 2x Platinum and also reached #1 on the US R&B charts as well as #3 on the Billboard 200 chart. Jodeci's third album The Show, the After Party, the Hotel was released in 1995 and was certified Platinum. It peaked at #1 on the US R&B, #2 on the Billboard 200, and #4 on the UK charts. Their most popular songs include the #1 hits "Forever My Lady", "Stay", "Come and Talk to Me", and "Cry for You". The group went on hiatus in 1998. In 2012 they were inducted into the North Carolina Music Hall of Fame. 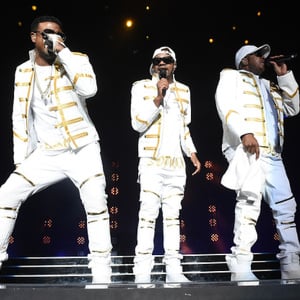