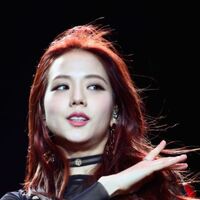 What is Jisoo Kim's Net Worth?

Jisoo Kim is a South Korean singer, actress and model who has a net worth of $20 million. Jisoo Kim achieved stardom as a member of the girl group, Blackpink. She has gone on to have a successful solo singing career and has also landed lead roles in Korean television and film. Jisoo Kim is also extremely popular on social media, sporting more than 55 million followers on Instagram alone.

Kim was born on January 3, 1995 in Gunpo, Gyeonggi Province, South Korea. She grew up with her older brother and sister and played basketball and attended taekwondo classes as a child. She attended high school at the School of Performing Arts Seoul. She started a drama club while at school and decided she wanted to pursue a career in entertainment.

In 2011 at the age of 16, Kim joined YG Entertainment as a trainee. YG Entertainment is an entertainment agency that works with young people interested in show business, hosting them as trainees for a period of time during which they work on their singing, acting, and dancing ability before eventually putting the most promising ones in groups. While at trainee at YG, Kim made a cameo appearance in "The Producers" and also was featured in advertisements for brands like Samsonite, LG Electronics, and Nikon.

In August of 2016, Kim debuted as one of the four members of the all-girl group, Blackpink when their first single album, "Square One," was released. It featured two songs which charted at numbers one and two on the "Billboard World Digital Song Sales" "chart, shooting Blackpink to stardom. This early success was not short-lived, as Blackpink has gone on to become the highest-charting female Korean act on the "Billboard Hot 100," the first-ever Korean girl group to sell more than a million copies of an album, and the first female Korean act to receive a certification from the Recording Industry Association of America. They have broken numerous online records throughout their career, including breaking Guinness World Records for most-viewed music video within a day of release, and also have become the first group to have five music videos that have accumulated over one billion views on YouTube. They are also the most-subscribed music act on YouTube, as well as Spotify, as of 2021. The group has also won a number of notable awards, both in Asia and the West, and were recognized by South Korean's president, President Moon Jae-in, as helping spring South Korean media content across the globe.

Kim has been able to channel the success of Blackpink into a number of other solo pursuits. In 2019, she ventured into acting with a short cameo appearance on "Arthdal Chronicles." In August of 2020, YG Entertainment confirmed that Kim would star in her first major role as the lead in the drama "Snowdrop." Additionally, YG confirmed that Kim was working on a project as a solo artist, as did all the other members of Blackpink. 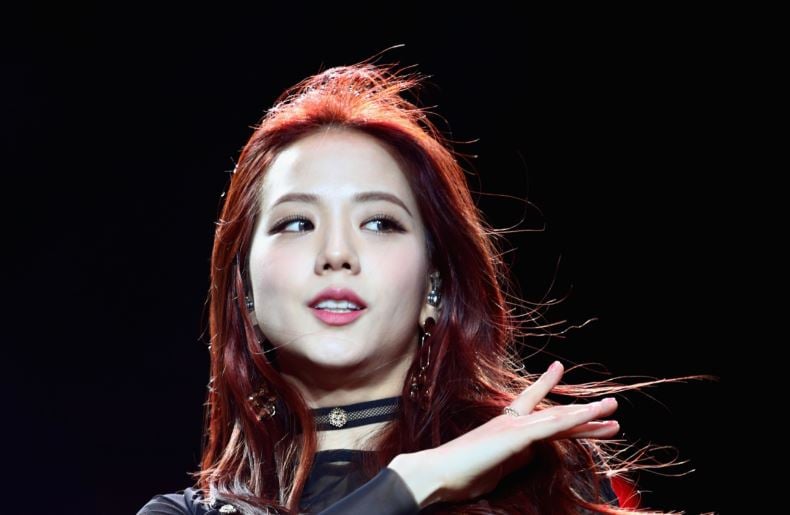 In 2018, Kim became an endorsement model for the South Korean cosmetics brand Kiss Me. She February of 2021, the clothing brand it MICHIAA selected Kim as their music for their spring 2021 collection. She was also selected in 2021 to model for the Korean brand CELEBe. Other international brands also expressed interest in Kim. In December of 2019, she became the local ambassador for Dior's cosmetic brand, Dior Beauty. The following summer, she was recruited to be a muse for Dior and also modelled for Dior's Fall/Winter 2020 collection. She continued working with Dior and was photographed for a number of their collections in 2021. She also endorsed one of their exclusive-to-Korea beauty brands, Dior Forever Skin Glow Cushion. Her partnership with Dior was cemented when the brand announced her as their new Global Ambassador alongside Natalie Portman and Cara Delevingne. As a Global Ambassador, she attended Dior's 2021 Womenswear show at Paris Fashion Week, seeking in the front-row next to chairman and CEO of Dior, Pietro Beccari.

Outside of fashion, Kim also has attracted the attention of game designers. In February of 2021, it was announced that Kim would be the exclusive partner of Line Friends and would work to design a character in the mobile game "KartRider Rush+" that would be sketched my Kim herself. She created the character "Chichi," a rabbit inspired by one of Kim's personal nicknames.

Kim also has a huge following on social medial. In 2021, she was the third most-followed K-pop star on Instagram. Because of her involvement in the world of fashion and cosmetics, she was also included in the ranking for the top ten celebrities and influencers in the world of cosmetics in 2020. "Women's Wear Daily" revealed that engagement with Kim's beauty and cosmetics-related content and posts were followed by both Rihanna and Kylie Jenner, each of whom have built beauty brands themselves. Kim's personal style and make-up has also served as the inspiration for various make-up challenges on YouTube and Instagram. Of the four members of Blackpink, Korean research institutes have found that Kim ranks first in terms of brand reputation and recognition. This is evidenced by the fact that one of her social media posts for Dior at Paris Fashion Week was valued at the highest ever – a total of $15.7 million.

Kim speaks her native Korean, Chinese, Japanese, and English. She has not been linked to any romantic partner, in large part due to the fact that YG Entertainment is very strict about their talent dating.