Jimmy Webb net worth: Jimmy Webb is an American songwriter, composer, and singer who has a net worth of $10 million. Jimmy Webb was born in Elk City, Oklahoma in August 1946. He plays the piano and his musical styles include popular, country, and rock. Webb has written many platinum selling songs including "By the Time I Get to Phoenix", "Up, Up and Away", "Wichita Lineman", "The Worst That Could Happen", "Galveston", "MacArthur Park", and "All I Know".

He has collaborated with several artists including Glen Campbell, Linda Ronstadt, Michael Feinstein, The 5th Dimension, Richard Harris, and Art Garfunkel. Jimmy Webb has been inducted into the Songwriters Hall of Fame and the Nashville Songwriters Hall of Fame. He holds the distinction of being the only artist to ever receive Grammy Awards for music, orchestration, and lyrics. His debut studio album Jim Webb Sings Jim Webb was released in 1968 and he has released and been a part of numerous albums throughout the years. 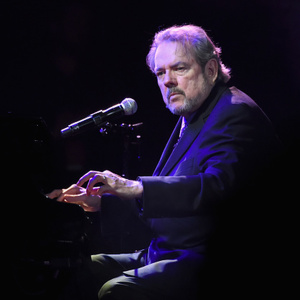