What is Jimmy Jam's Net Worth?

Jimmy Jam is an American songwriter, instrumentalist, and record producer who has a net worth of $40 million. Jimmy Jam is known for his professional partnership with Terry Lewis. Together, the two have written over 40 top-ten hit songs, including nine for Janet Jackson that reached number one on the Billboard Hot 100. Among their many honors and accolades, Jam & Lewis have won multiple Grammy Awards.

Jimmy Jam was born as James Samuel Harris III on June 6, 1959 in Minneapolis, Minnesota. His father is blues and jazz musician Cornbread Harris. While attending an Upward Bound program on the University of Minnesota campus as a high school student, Jimmy Jam met Terry Lewis.

In the early 70s, Jam and Lewis became part of the Minneapolis R&B funk band Flyte Tyme, which later evolved into the Time in the early 80s. Jam played keyboards while Lewis played bass. The Time released its self-titled debut album in 1981. With the band, Jam and Lewis went on to record the albums "What Time is It?" and "Pandemonium." After the Time was renamed the Original 7ven in 2011, the band released the album "Condensate."

While still performing with the Time, Jam and Lewis were introduced to music executive Dina R. Andrews, who worked at the label SOLAR Records. They were subsequently introduced to music executive Clarence Avant, for whom they produced their first masters for the S.O.S. Band. In 1983, Jam & Lewis had their first major hit with the S.O.S. Band track "Just Be Good to Me," which they both wrote and produced. The duo continued to find success through their own company, Flyte Tyme productions, producing for such artists as Alexander O'Neal, Change, and Cherrelle.

Jam & Lewis began one of their most prosperous artist collaborations in 1986 when they produced Janet Jackson's breakthrough album, "Control." One of the biggest hits of the decade, the album established both Jam & Lewis and Jackson as pioneers in contemporary R&B music. "Control" went on to win Jam & Lewis the Producer of the Year Grammy Award. Incredibly, the duo's next collaboration with Jackson was even more successful. Her 1989 album "Rhythm Nation 1814," which Jam & Lewis produced, became one of the best-selling albums in US history, launching four number-one singles on the Billboard Hot 100. Jam & Lewis continued their success with Jackson's subsequent number-one-charting albums "Janet," "The Velvet Rope," and "All For You." They had another number-one album in 2015 with Jackson's "Unbreakable."

In 1991, Jam & Lewis founded the record label Perspective Records through a joint venture with A&M Records. The duo subsequently signed the instrumental and vocal ensemble Sounds of Blackness, with whom they had success. In 1992, Jam & Lewis had another hit with the soundtrack to the film "Mo Money."

Over the span of more than three decades, Jam & Lewis have written and produced for a wide range of artists. They have worked with such notable names as Jordan Knight; Lionel Richie; Aretha Franklin; Usher; Mary J. Blige; Mariah Carey; Prince; Rod Stewart; Pia Zadora; Spice Girls; Vanessa Williams; George Michael; Chaka Khan; Gwen Stefani; New Edition; Herb Alpert; and TLC. Jam & Lewis have produced 16 number-one hits on the Billboard Hot 100, including Karyn White's "Romantic," the Human League's "Human," and Boyz II Men's "On Bended Knee" and "4 Seasons of Loneliness." Among their accolades, they have been nominated for and won multiple Grammy Awards, with the most recent win being Best R&B Album for Chaka Khan's 2007 album "Funk This."

Beyond the Grammy Awards, Jam & Lewis have earned recognition from several other awards-giving bodies. In 1993, they received an Academy Award nomination for Best Original Song for Janet Jackson's "Again," which they wrote for the film "Poetic Justice." Later, in 2020, the duo earned an Emmy Award nomination for Outstanding Music Direction for the television special "Let's Go Crazy: The Grammy Salute to Prince." Jam & Lewis shared the nomination with fellow producer Sheila E. Other accolades for the pair include over 100 ASCAP songwriting and publishing awards.

Jam is married to businesswoman Lisa Padilla Harris. He is chairman emeritus of the National Academy of Recording Arts and Sciences.

After moving to Los Angeles full-time in 2005, Jimmy listed the home or $11 million. In June 2007 he accepted $7 million. The next owner soon ran into financial problems and the property went into default. By September 2008 the home had been seized by a bank which soon put it back on the market with an asking price of $4.5 million. The home eventually sold at a foreclosure auction for $2.6 million. In September 2020 the home, which had drifted into a dilapidated state, was razed to the ground. In April 2022 the scraped lot was listed for sale for $2.75 million: 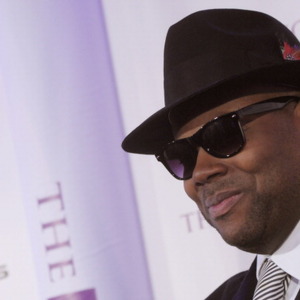