Jimmy Cliff is a singer/musician as well as actor who has a net worth of $10 million. Jimmy Cliff has earned his net worth through his many hit singles such as "Wonderful World, Beautiful People," "Wild World," "Reggae Night" and more. He has also recorded several albums such as "Black Magic," "Sacred Fire," "Journey of Lifetime" and others.

He has also starred in films such as "The Harder They Come," in which he performed the soundtrack, "Club Paradise," co-starring with Robin Williams and Peter O'toole in which he performed songs for the soundtrack and "Marked for Death" which he performed with the Jimmy Cliff band. The beginning of his musical career wasn't too successful at first, being turned down by many record producers, but at the age of fourteen, his song "Hurricane Hattie" became a hit. In 1964 Cliff signed to Island Records and in the late1960's his career took a tremendous jump forward. Since then, he has worked with performers such as Kool and the Gang, The Rolling Stones, Sting and other artists. In 2003 he was awarded The Order of Merit by the Jamaican government for his contributions to Jamaican music and films. In 2010 Jimmy Cliff became another artist inducted into the Rock and Roll Hall of Fame. Along with supplying the vocals for his recordings, Cliff also plays the conga drums, piano, guitar and keyboards. Jimmy Cliff was born in Somerton District, St. James, Jamaica in 1948. He began composing songs as early as his elementary school years. In 1962 he was enrolled in Kingston Technical School. Jimmy Cliff is recognized as one of the most outstanding Reggae performers of today and the only living performer to be awarded the Order of Merit, the Jamaican government's highest honor. 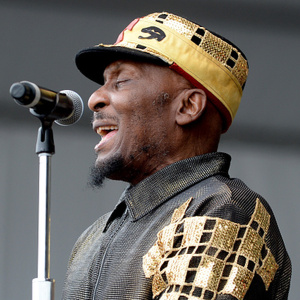