Jimmie Rodgers net worth: Jimmie Rodgers was an American singer, songwriter, and musician who had a net worth equal to $500 thousand at the time of his death, after adjusting for inflation. He is best known for being the father of country music.

Jimmie Rodgers was born in Meridian, Mississippi in September 1897 and passed away in May 1933. He was well known for his rhythmic yodeling. He inspired many country and blues artists and was known as The Blue Yodeler and The Singing Brakeman. Rodgers was part of the first class inducted into the Country Music Hall of Fame. His first recording "The Soldier's Sweetheart" was released in 1927. His popular recordings include "Blue Yodel No. 1 (T for Texas)", "In the Jailhouse Now", "Frankie and Johnnie", and "Blue Yodel No. 8" (aka Mule Skinner Blues). At the time of his passing he accounted for 10% of RCA Victor's sales. Jimmie Rodgers passed away on May 26, 1933 at 35 years old from a pulmonary hemorrhage from tuberculosis. 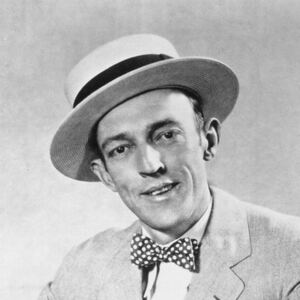