Jimmy Dean Net Worth: Jimmy Dean was an American country music singer, television host, actor and businessman who had a net worth of $50 million at the time of his death in 2010. Jimmy Dean earned his net worth through films, his musical career and business ventures. He died on June 13, 2010. He was instrumental in the mainstreaming of country music.

Jimmy Dean was born on August 10, 1928. Being raised by a poor family on a Texas farm, Dean learned to play the guitar and harmonica in childhood. At the age of 16, he dropped out of school to serve in the Air Force. After his short stint there, he embarked on a professional career as an entertainer, reaching stardom with his song, Big Bad John, which became a #1 hit in the US and England. More chart-toppers followed and it was his rising music career that brought Dean to the small screen. He first headlined the Texas Wildcats (1957-1959), and then landed roles on Daniel Boone, (1964–1970), as well as his own variety series, The Jimmy Dean Show (1963–1966). Dean's acting career also included a supporting role as mysterious billionaire Willard Whyte in the 1971 James Bond movie, Diamonds Are Forever with Sean Connery. In addition, he remains known even today for his long stint as a spokesman for Jimmy Dean Pure Pork Sausage, a company that he set up and then sold to Consolidated Foods in 1984.

Jimmy Dean lived near Richmond, Virginia, and died of natural causes at the age of 81. Enjoying a worldwide fame, he was nominated for the Country Music Hall of Fame in 2010, and he was formally inducted posthumously. 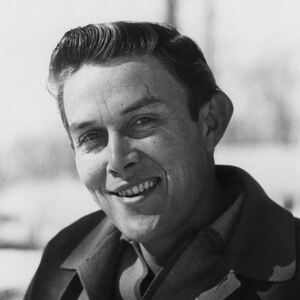