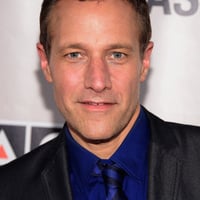 Jim Brickman net worth: Jim Brickman is an American musician, songwriter, and radio host who has a net worth of $20 million. Jim Brickman was born in Cleveland, Ohio in November 1961. He has the honor of being the most charted male adult contemporary artist of all time with six gold and platinum albums. Brickman has collaborated with several artists including Lady Antebellum, Michael W. Smith, Johnny Mathis, Martina McBride, Donny Osmond, and Olivia Newtown-John. He has hosted the radio show Your Weekend with Jim Brickman since 1997 and is the founder of Brickhouse Direct which is a strategic marketing and e-commerce solutions company. He has released many albums since 1994 and has had #1 singles on the US Adult Contemporary charts with the songs "Simple Things" (with Rebecca Lynn Howard) and "Sending You A Little Christmas" (with Kristy Starling). Brickman has also been nominated for two Grammy Awards.