Jessie J net worth: Jessie J is an English singer-songwriter who has a net worth of $30 million dollars. Jessie J found popularity after the release of her debut single, "Do It Like a Dude." She also pens lyrics for artists such as Chris Brown and Miley Cyrus, including for "Party in the USA." To date, she has sold 20 million singles and 3 million albums around the world. In 2019 Jessie J appeared as a contestant on the Chinese competition show "I am a Singer". She reportedly earned $25 million to appear on the show.

Early Life: Jessie J, also known as Jessica Ellen Cornish, was born in Chadwell Heath, London, England on March 27, 1988, the daughter of Rose and Stephen Cornish. She went to school at Colin's Performing Arts School as a child and attended Mayfield High School in Essex. At age 11, she was cast in Andrew Lloyd Webber's West End production of "Whistle Down the Wind", and then joined the National Youth Music Theatre. She won "Best Pop Singer" when she appeared on the reality contest, "Britain's Brilliant Prodigies" when she was 15. She then went on to graduate from the London School of Performing Arts & Technologies. Two of her classmates were Adele and Leona Lewis and they graduated in the class of 2006. Jessie claims she suffered a minor stroke at age 18.

Career: Jesse J. performed with the girl group Soul Deep, and then signed a solo deal with Gut Records. They went bankrupt and she began to make a name for herself as a songwriter, gaining a Sony ATV publishing contract. She went to work as the supporting act for Cyndi Lauper during Lauper's UK dates of her 2008 Bring Ya to the Brink tour.

Her debut album, "Who You Are", was released in early 2011. Jessie J says the album's title track, "Who You Are", is one of her proudest creations, she said the song is a "positive role model for young people" and "I always say that I'm half-artist, half-therapist." The lead single "Do It Like a Dude" gained positive reception from critics and charted at No. 2 on the UK Singles Chart. Her follow up single "Price Tag" charted at No. 1 in New Zealand and is to date still the most successful online video Jessie has released. Her first American TV appearance was as the musical guest on "SNL" on March 12, 2011. "Who You Are" first entered the UK Albums Chart at No. 2. In June 2011 she injured herself while rehearsing for the Summertime Ball held at Wembley Stadium in London, rupturing several tendons in her foot. She had to modify her performance for that year's Glastonbury Festival and had to cancel several subsequent appearances at other festivals that summer.

At the 2012 Brit Awards, Jessie J received two Brit Award nominations for Best British Female Artist and Best British Single. Between 2012 and 2013, Jessie J served as a coach on the BBC One program "The Voice UK." 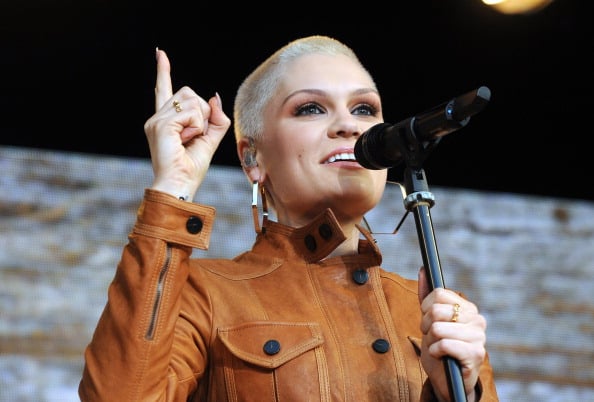 Her second album, "Alive" was released in September 2013. The single "Wild" was a top 5 hit in both the UK and Australia. Other singles from the album included "It's My Party" and "Thunder." She announced her first arena tour after called "Alive Tour" which began in October 2013 and concluded in February 2014. Her third album  "Sweet Talker" was released in October 2014 in the UK, where it peaked at No. 5. Her first single recorded with Ariana Grande and Nicki Minaj, "Bang Bang." reached No. 1 on the UK Singles Chart, becoming her third number one and seventh top-five single in the UK. "Bang Bang" debuted on the US Billboard Hot 100 at No. 6. At the 2016 Brit Awards, her single "Flashlight" from the soundtrack to the film "Pitch Perfect 2" was among the nominees for Best British Video. She began her Sweet Talker Tour to promote the album in January 2015. In 2016, she joined the cast of voices for "Ice Age: Collision Course" to sing the movie's theme song "My Superstar."

In August 2016, Jesse J released a new single, "Real Deal." Her fourth album "R.O.S.E." was announced and she released a lead single "Think About That." She released four more singles from the upcoming album and toured across Europe and the U.S. to promote it. In May 2018, her fourth studio album "R.O.S.E" was released. The album was released as four EPs titled Realisations, Obsessions, Sex, and Empowerment, creating an acronym for "R.O.S.E." In April 2019 she began touring festivals across Europe and Asia. Over Instagram, she announced that the tour would be called "The Lastly Tour," in honor of her close friend and bodyguard Dave Last "Lasty," who had passed away in December 2018. Also in 2018, Jessie J released a Christmas album titled "This Christmas Day."

In 2019 Jessie J appeared as a contestant on the Chinese competition show "I am a Singer". She reportedly earned $25 million to appear on the show. She won the competition, making history as the first international singer to win the season in the show's six-year history. She has announced plans for an album in 2021, the title to be determined.

Personal Life: Jessie J stated that she was bisexual in March 2011. However, in April 2014, she renounced her bisexuality and stated "For me, it was a phase. But I'm not saying bisexuality is a phase for everybody." She identifies as a vegan, a feminist, and is an avid supporter of equal rights. She moved from London to Los Angeles, California in 2014, citing more work opportunities as well as dissatisfaction with the level of focus in the UK on her personal life rather than on her singing.

Jessie J began dating American singer Luke James in November 2014. The couple ended their relationship in October 2015, but continued to perform together on occasion. Since 2018, she has been linked on and off to actor Channing Tatum. 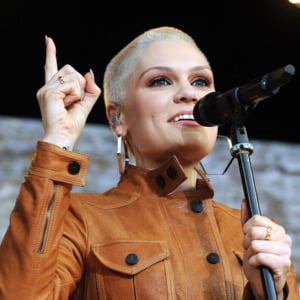