Jessica Jung net worth: Jessica Jung is an American singer, songwriter, actress, model, and fashion designer who has a net worth of $16 million. Jessica Jung was born in San Francisco, California in April 1989. At 11 years old she was discovered by the South Korean entertainment agency SM Entertainment and she relocated to South Korea.

She joined the girl group Girls' Generation in 2007. The group released their self-titled debut Korean album in 2007. Their albums Oh! In 2010 and The Boys in 2011 both reached #1 in Korea. Girls' Generation released the Korean albums I Got a Boy in 2013 and Lion Heart in 2015 and both reached #1 in Korea and on the US World chart. Their 2017 album Holiday Night reached #1 on the US chart and #2 in Korea. Their self-titled debut album was released in Japanese in 2011 and their album Love & Peace was released in 2013 and both reached #1 in Japan. As an actress Jessica Jung has starred in the movies I AM., I Love That Crazy Little Thing, and My Other Home and TV series including Jessica & Krystal and Beauty Bible. Her sister is Krystal Jung. 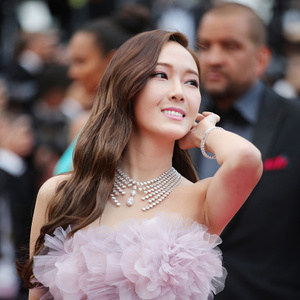