How much is Jessi Colter Worth?

Jessi Colter net worth: Jessi Colter is an American country music artist who has a net worth of $5 million. Jessi Colter was born in Phoenix, Arizona in May 1943. She is best known for collaborating with her husband Waylon Jennings on the pop country hit song "I'm Not Lisa" in 1975. Colter is one of the few female music artists who came out of the outlaw movement that her husband was a part of. In addition to singing she also plays the piano. Her debut studio album A Country Star Is Born was released in 1970. Colter's next three albums I'm Jessi Colter, Jessi, and Diamond in the Rough all reached #4 on the US Country chart. She has released a total of 11 studio albums and her hit single "I'm Not Lisa" reached #1 on the US Country, Canadian country, and Canadian Adult Contemporary charts.  Jessi was formerly married to guitarist Duane Eddy. 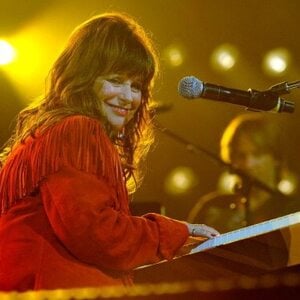