How much is Jesse McCartney Worth?

Jesse McCartney Net Worth: Jesse McCartney is an American singer-songwriter, actor and voice actor who has a net worth of $9 million. Jesse McCartney became popular while working on the soap opera, "One Life to Live", and cemented his teen idol status with roles on "Summerland" and "Greek". He also performed with the band, Dream Street, before launching a successful solo recording career. Jesse McCartney was born on April 9, 1987, in Westchester, New York, achieved fame in the late 1990s on the daytime drama "All My Children" as JR Chandler. He later joined boy band Dream Street, and was a member until 2002. The group earned a gold record with their debut CD. At fifteen, he began work on a solo career. McCartney released his first solo EP in July 2003. One of the songs on the EP, "Beautiful Soul" reached number 15 on the Billboard 200. Additionally, McCartney has appeared on shows such as "Summerland" and "Greek". McCartney also is known for lending his voice as Theodore in "Alvin and the Chipmunks" and its sequels. McCartney also appeared on the Disney Channel teen sitcoms "The Suite Life of Zack & Cody" and "Hannah Montana". He has contributed to numerous Disney soundtracks including "A Cinderella Story", "That's So Raven", "Stuck in the Suburbs", "Lizzie McGuire Total Party!", "Sydney White", "Radio Disney Jams, Vol. 7", "Radio Disney Jams, Vol. 8", "Hannah Montana", "Radio Disney: Party Jams", "That's So Raven Too!", "Radio Disney Jams, Vol. 9", "Radio Disney Jams, Vol. 11", and "The Princess Diaries 2: Royal Engagement". He has released the solo albums Beautiful Soul, Right Where You Want Me, Departure, and In Technicolor. 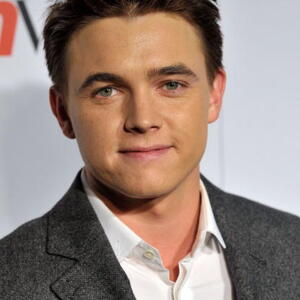