Jesse James Dupree is an American rock guitarist and singer who has a net worth of $4 million. Jesse James Dupree has earned his net worth as lead singer and guitarist of the band Jackyl. Jesse is also known for playing chainsaw on the song "The Lumberjack". Dupree has a customized electric guitar with a chainsaw attached; he also endorses an extremely large customized chainsaw powered by Dodge Hemi used for festivals.

Dupree debut solo album Foot Fetish was released in 2000 he had help from John Hayes and bassist Roman Glick (formerly of Brother Crane). The featured single from the album "Mainline", hit #34 on the U.S. Billboard Mainstream Rock Tracks chart. Dupree performed a cover of AC/DC's "Highway To Hell" for the ECW Music CD Anarchy Rocks. When Dupree was a guest on The New Tom Green Show, he used a chainsaw to write Green's name in Green's custom-made desk. And then he cut that section of the desk off and gave it to a member of the audience. He currently appears on Tru TV's Full Throttle Saloon which airs on Wednesdays at 10pm. Full Throttle Saloon is the largest biker bar in the country. It is known to have 20,000 visitors per night during the annual Sturgis Motorcycle Rally. Full Throttle has several stages and Jesse is currently the headlining house band. The bar also is famous for having a tatoo parlor, zip line, lingerie dance show and parking spaces for thousands and thousands of motorcycles. Dupree's second album called Jesse James Dupree & Dixie Inc – Rev It Up and Go-Go, was released on July 15, 2008. Dupree also released two videos in promotion of the new CD: "Money Lovin & Speed" and "Bite". Jesse has been active in the music world since 1991 and holds the Guinness world record for the most shows played in one day and the most shows in 50 days (21 and 100, respectively). Jessie is the founder of a record label and multi-media empire called Mighty Loud. 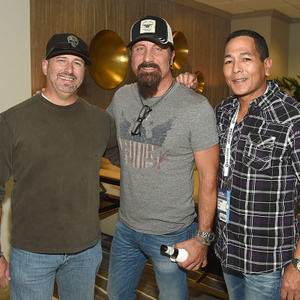