Jess Margera net worth: Jess Margera is an American musician who has a net worth of $500 thousand. Jess Margera was born in West Chester, Pennsylvania in August 1978. He is best known for being the drummer of the heavy metal band CKY. Margera co-founded the band in 1988 and has also been a part of the bands Foreign Objects, Gnarkill, Viking Skull, The Company Band, and Fuckface Unstoppable.

Jess is the older brother of filmmaker Bam Margera and has appeared in episodes of the TV series Jackass, Viva la Bam, and Bam's Unholy Union. CKY released their debut studio album Volume 1 in 1999. They released the albums Infiltrate-Destroy-Rebuild in 2002 and An Answer Can Be Found in 2005. Their 2009 album Carver City reached #4 on the US Hard Rock chart. 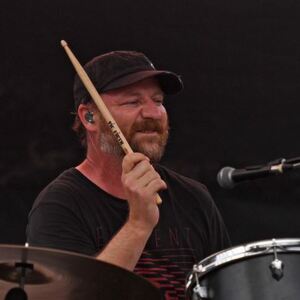