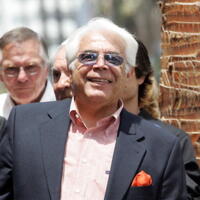 Jerry Vale net worth: Jerry Vale was an American singer and actor who has a net worth of $1 million dollars. Born in the Bronx in New York City on July 8, 1930, Vale was best known for his version of "The Star-Spangled Banner," which earned him a Gold Record after being played at several sports events and was displayed at the National Baseball Hall of Fame. He was signed to Columbia Records after performing at a club in Yonkers for three years. He was discovered by Paul Insetta, who worked with Guy Mitchell, and was signed to the label almost immediately. Vale is a known crooner and paid for music lessons in high school by shining shoes at a barbershop in New York. He was married to his wife, Rita, for over 54 years until his death on May 18, 2014 in Palm Springs, California. He died of natural causes. Vale was also known to have made cameo appearances in Goodfellas and Casino, and he owned the Daytona Beach Admirals.