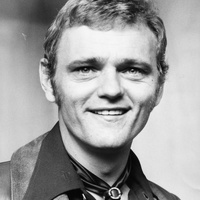 Jerry Reed net worth: Jerry Reed was an American country music singer, songwriter, musician, and actor who had a net worth of $2 million. Jerry Reed was born in Atlanta, Georgia in March 1937 and passed away in September 2008. Reed played guitar and his most popular songs included "Guitar Man", "A Thing Called Love", "U.S. Male", "Amos Moses", "Alabama Wild Man", "When You're Hot, You're Hot", Lord, Mr. Ford", "Ko-Ko Joe", "The Bird", "East Bound and Down", and "She Got the Goldmine (I Got the Shaft)". His debut album The Unbelievable Guitar and Voice of Jerry Reed was released in 1967 and he released a total of 49 studio albums. His 1971 single "When You're Hot, You're Hot reached #1 on the US Country and Canadian Country charts and won a Grammy Award for Best Male Country Vocal Performance while 1973's "Lord, Mr. Ford" and 1982's "She Got the Goldmine (I Got the Shaft)" hit #1 on the US Country charts. Reed was named a "Certified Guitar Player" by Chet Atkins and was only one of four people to earn the award for completely mastering guitar. As an actor he starred as Cledus Snow in the Smokey and the Bandit film franchise and also starred in the movies Gator, High-Ballin', Hot Stuff, The Survivors, and The Waterboy. He won a People's Choice Award in 1979 for Favorite Motion Picture Supporting Actor. Jerry Reed passed away on September 1, 2008 at 71 years old.