Jerry Lee Lewis Net Worth: Jerry Lee Lewis is an American singer and pianist who has a net worth of $10 million. He is known for his hits "Whole Lotta Shakin' Goin' On," "Great Balls of Fire!," and "Would You Take Another Chance On Me."

Early Life: Jerry Lee Lewis was born on September 29th, 1935 in Ferriday, Concordia Parish, Louisiana. His father was a farmer, and the family lived in poverty. He started playing the piano at a young age with his two older cousins, and seeing his love for music, his parents mortgaged their farm to purchase him a new piano. His first public performance was in November of 1949. His family was deeply religious, and his mother sent him to the Southwest Bible Institute in Waxahachie, Texas so that he could sing gospel songs exclusively. After playing a boogie-woogie version of the song "My God is Real," he was asked to leave the school. He returned home and began playing at local bars and nightclubs.

Early Career: In 1955, Lewis travelled to Nashville where he failed to get a record deal, so he left for Memphis the next year to seek a deal with the label Sun Records. Lewis performed a rendition of Ray Price's "Crazy Arms" and his own composition "End of the Road" and was recorded by sound engineer Jack Clement. He began recording with the label the next month. In addition to working as a solo artist, he was also featured on a number of other musicians that had signed with Sun Records. He was featured in Carl Perkins' songs "Matchbox," "Your True Love," and "Put Your Cat Clothes On," and he was in Billy Lee Riley's song "Flyin' Saucers Rock'n'Roll". Not even a month after being signed, Lewis was at the studio while Johnny Cash was visiting Carl Perkins and then Elvis Presley dropped in. The three had an impromptu jam session, which was recorded and later released on an album titled "Million Dollar Quartet." Lewis' career as a solo musician began to really take off in 1957. He released his music as a solo artist under the name Jerry Lee Lewis and his Pumpin' Piano, and he soon recorded hits including "Whole Lotta Shakin' Goin' On," and "Great Balls of Fire." The latter single garnered him international fame and popularity, and the former was selected for permanent preservation in the National Recording Registry of the Library of Congress in 2014. In spite of his early success, Lewis considered his songs to be antithetical to his Christian faith, and he at times worried that he was leading his audiences and self to hell. This personal oddity was described by Johnny Cash, but Lewis was able to function in his relatively long career without religion interfering.

Lewis had a signature move he would do when performing that included pounding the keys with his heels, kicking the piano bench away, and then running his hands over all the keys for dramatic effect. His first time performing this act was on the "The Steve Allen Show" in July of 1957. In 1960, Sun Records opened two new state of the art recording studios, one in Memphis and another in Nashville. Lewis recorded his hit cover of Ray Charles' song "What'd I Say" that next year. His contract with Sun Records ended in 1963, and he decided to sign with the label Smash Records. He recorded a number of rock albums with the label including "The Return of Rock," "Memphis Beat," and "Soul My Way," but none of the records received much commercial or critical success. However, a live concert album "Live at the Star Club, Hamburg" that Lewis recorded in 1964 with the Nashville Teens is considered by many to be one of the best live albums ever recorded. 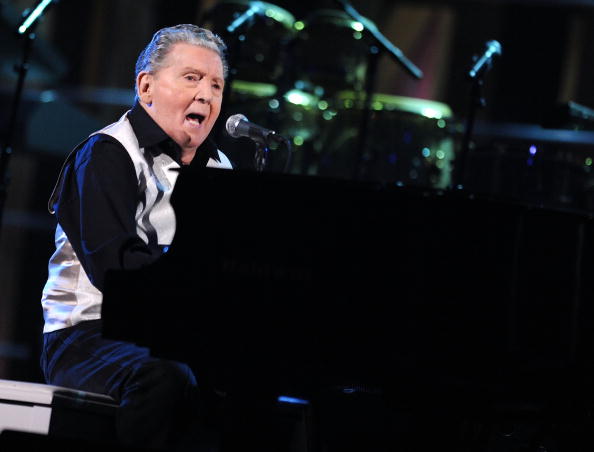 Country Music and Later Career: By 1968, Lewis had grown increasingly frustrated with his lack of hits with Smash Records, so when his manager asked if he'd record a country album, Lewis agreed. He released a cover of Jerry Chestnut's song "Another Place, Another Time," which was a surprising hit. The single shot up to no. 4 on the Billboard country music charts and remained there for seventeen weeks. His foray into the country genre proved to be a significant boost to his career. From 1968 to 1977, Lewis had seventeen Top 10 singles on Billboard's country music charts with some of his hits including "What's Made Milwaukee Famous (Has Made A Loser Out of Me)," "She Still Comes Around (To Love What's Left of Me)," "Once More with Feeling", "One Has My Name (The Other Has My Heart)", and "Sometimes A Memory Ain't Enough." He soon became one of the most profitable country music stars at the time. His first label, Sun Records, purchased Smash Records, and in 1970, his older country songs were reworked and released as an album. The single "One Minute Past Eternity" peaked at no. 2 on the country charts. He returned to the pop genre in 1971 with the singles "Me and Bobby McGee" and "Chantilly Lace," which was released the following year. He recorded soulful rock album "Southern Roots: Back Home to Memphis," which did not chart but was well-received by critics.

After switching to record label Elektra, he released the critically praised album "Jerry Lee Lewis," but it was a commercial flop. In 1986, Lewis was inducted into the Rock n' Roll Hall of Fame, and in 1989, a feature film was released based on his early life and career called "Great Balls of Fire!." It was based on a book written by one of his ex-wives.

Personal Life: Lewis has been married seven times, and he had six children with his various wives. He received much criticism early in his career for his marriage to his thirteen-year-old first cousin. Lewis was twenty-two when they married. His sixth marriage was his longest, lasting twenty-one years. 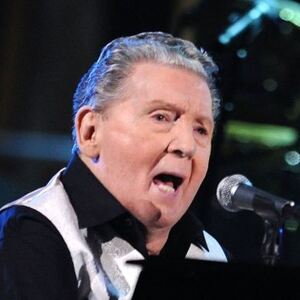