Jermaine Paul net worth: Jermaine Paul is an American R&B and soul artist, songwriter, and musician who has a net worth of $1 million. Jermaine Paul was born in Harriman, New York in July 1979. He is best known for winning the second season of the NBC reality television series The Voice.

Before winning The Voice, Paul was nominated for a Grammy Award for Best R&B Performance by a Duo or Group with Vocals for his work with Alicia Keys. Paul appeared as a backup vocalist with the group 1Accord and Shaquille O'Neal featuring 1Accord in the late 1990s. He was featured on the song "Diary" by Alicia Keys featuring Tony! Toni! Tone! as well as on Keys' singles "Unbreakable" and "If This World Were Mine". Paul was featured on the remix of "Gold Digger" by Kanye West featuring Focus. He was part of the quarter 1Accord which was signed to Shaq's record label T.W.Is.M. Records. Jermaine auditioned for American Idol on the first season but did not get a call back from producers. 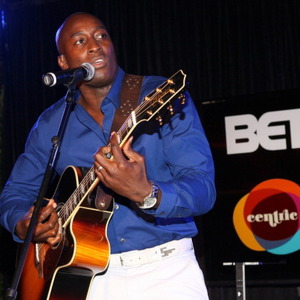