How much is Jericho Rosales Worth?

Jericho Rosales net worth: Jericho Rosales is a Filipino actor, singer and songwriter who has a net worth of $3.5 million dollars. Jericho Cibar Rosales was born in Quezon City, Philippines in September 1979. He attended New Era University. He first appeared on television in 1996. He became popular for roles in the drama series Esperanza with Angelika dela Cruz, and the teen horror Oka Tokat. Rosales' breakout role was in Pangako Sa 'Yo with Kristine Hermosa. The pair starred in two films together as well and also starred in the series Sana'y Wala Nang Wakas. Jericho starred in the fantasy series Carlo J. Caparas' Ang Panday. In 2013 he signed a non-exclusive contract with Viva entertainment. He won a Gaward Urian Award in 2013, Newport Beach Films Festival awards in 2011 and 2013, Star Awards for Movies in 2007, 2009, 2010, and 2014, and a Young Critics Circle, Philippines Award in 2001. In May 2014 Jericho married Kim Jones. He has previously been involved with co-stars Angelika dela Cruz and Kristine Hermosa, as well as Heart Evangelista and Cindy Kurleto. 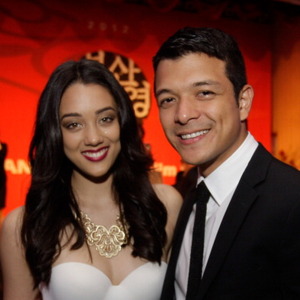