Jeremy McKinnon net worth: Jeremy McKinnon is an American singer, songwriter, musician, and producer who has a net worth of $2 million. Jeremy McKinnon was born in Ocala, Florida in December 1985. He is best known for being the lead vocalist and a founding member of the band A Day to Remember.

His first band was a ska band called All for Nothing. A Day to Remember formed in 2003 and later signed with Indianola Records. Their debut studio album And Their Name Was Treason was released in 2005. A Day to Remember released the albums For Those Who Have Heart in 2007 and Homesick in 2009. Their 2010 album What Separates Me from You reached #11 on the Billboard 200 chart. The band's latest album Common Courtesy was released in 2013. Their popular singles include "The Downfall of Us All", "Have Faith in Me", "All I Want", "All Signs Point to Lauderdale", "It's Complicated", "Right Back at It Again", and "End of Me". McKinnon has produced albums for A Day to Remember, The Devil Wears Prada, The Ghost Inside, and Neck Deep. 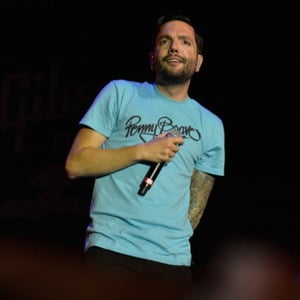