Jeremy Clyde net worth: Jeremy Clyde is an English actor and musician who has a net worth of $2 million. Jeremy Clyde was born in Dorney, Buckinghamshire, England in March 1941. He made up half of the folk duo Chad & Jeremy. Clyde has over 100 acting credits to his name starting in 1965. From 1987 to 1989 he starred as Gov. Hermann Gessler on the television series William Tell. Jeremy Clyde starred as Paul on the TV series The Mixer in 1992. From 1995 to 1996 he starred as Dick Spackman on the series Is it Legal?. He has also appeared in films and episodes of TV series including The Dick Van Dyke Show, The Patty Duke Show, Batman, The Great St Trinian's Train Robbery, My Three Sons, Doctor Watson and the Darkwater Hall Mystery, Splitting Heirs, The Musketeer, Downton Abbey, and more. Chad & Jeremy formed in 1962 and released several albums starting with Yesterday's Gone in 1964. Their single "Willow Weep for Me" reached #1 on the US Easy Listening chart. 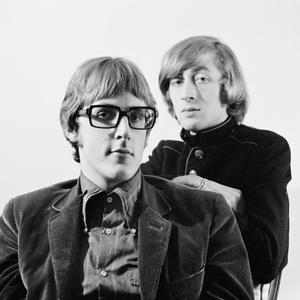