Jenny Lewis net worth: Jenny Lewis is an American singer, songwriter, musician, and actress who has a net worth of $6 million. Jenny Lewis was born in Las Vegas, Nevada in January 1976. She is best known for being the lead singer and rhythm guitarist for the band Rilo Kiley. Lewis was a child actress who starred as Becky McGibbon on the television series Life with Lucy in 1986. From 1990 to 1991 she starred as Neala Shannon on the TV series Shannon's Deal and from 1991 to 1993 she starred as Katie Monahan on the series Brooklyn Bridge. She has also starred in films including Troop Beverly Hills and The Wizard. The band Rilo Kiley formed in 1998 and released five studio albums including More Adventurous in 2004 which reached #7 on the US Heatseekers chart and Under the Blacklight in 2007 which reached #22 on the Billboard 200. Jenny Lewis released her debut solo studio album Rabbit Fur Coat in 2006. She released the album Acid Tongue in 2008 and The Voyager in 2014 which reached #9 on the Billboard 200. 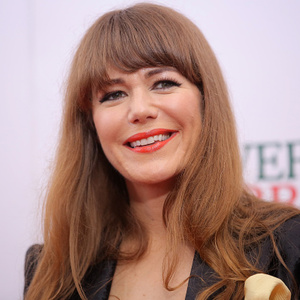