Her other musical successes include a collaboration in 2006, entitled Who Says You Can't Go Home, with rock band Bon Jovi. Nettles' musical beginnings were performances at school assemblies, her Southern Baptist church and at a community theater in Douglas, Georgia. It was during her studies at Agnes Scott College in Decatur, Georgia that she formed the group Soul Miner's Daughter with Cory Jones, who was studying classical guitar at the University of Georgia. She went on to form the Jennifer Nettles Band in 1999 and the band released three studio albums and two live albums. In 2000, the Jennifer Nettles Band won the grand prize in Mars Music's "The Big Deal $100,000 Music Search", beating out over 2,000 other bands. In 2003, Nettles joined forces with Atlanta music veterans Kristen Hall and Kristian Bush and the trio became a country band. They were signed to Mercury Nashville in 2003 and their first album's first release, Baby Girl, catapulted the band to stardom. Kristen Hall left the group in early 2006 and Sugarland became a duo, subsequently touring with Kenny Chesney. In 2014, Nettles branched out on her own and released her solo album That Girl, described by Nettles in an Associate Press interview as her "most intimate and personal" work of her career. 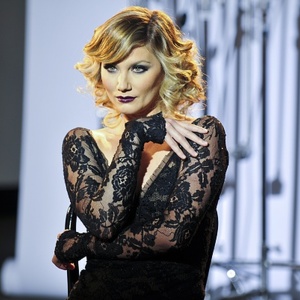