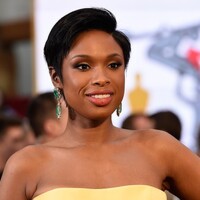 What is Jennifer Hudson's Net Worth?

Jennifer Hudson is an American recording artist, actress and spokesperson. Jennifer Hudson has a net worth of $30 million dollars. She rose to fame on the competition series "American Idol," and has since enjoyed a successful music and acting career. She has won several Grammys, an Academy Award and a Screen Actors Guild award. On June 12, 2022 Jennifer won a Tony award for her work as a co-producer on the play "A Strange Loop." With that win Jennifer officially became a member of the exclusive "EGOT" club – people who have won an Emmy, Golden Globe, Oscar and Tony. Other EGOT members include Whoopi Goldberg, John Legend, Audrey Hepburn and Rita Moreno.

A frontrunner to win "American Idol" during its 3rd season, she was booted off of the show during its sixth week unexpectedly.  Many insiders blame a power outage in her native Chicago as the reason for the low number of votes she received.  She went on to co-star in the 2006 film version of "Dreamgirls".  Her performance as Effie White, a role that had always been synonymous with Jennifer Holliday's portrayal, went on to win her an Oscar, a BAFTA, a Golden Globe, and a SAG Award for Best Supporting Actress.  Her debut album was released in 2007, won one Grammy, and achieved Gold status.  She released her second album in the spring of 2011.  It reached #2 on the Billboard Hot 200.

Jennifer Kate Hudson was born in Chicago, Illinois, on September 12, 1981. She is the youngest child of three, and was raised in the Englewood neighborhood of Chicago. Hudson graduated from Dunbar Vocational High School in 1999, and enrolled at Langston University to continue her education. However, she left the university due to homesickness and registered at Kennedy-King College.

Hudson first began singing in her church choir when she was 7 years old, and her grandmother Julia also helped her get involved in community theater. She signed her first recording contract in 2002 with Chicago-based independent record label Righteous Records. However, after given the opportunity to appear on the reality competition show "American Idol" in 2004, she was released from her five-year contract with Righteous Records.

Hudson initially auditioned for the third season of "American Idol" in Atlanta. Prior to that, she had been singing and performing as one of the Muses from "Hercules" on the ship Disney Wonder, part of the Disney Cruise Lines. She performed well during the competition, even receiving the highest number of votes in the "Top 9" round, but was eliminated two weeks later during the "Top 7" round. Despite not winning the competition, Hudson is widely regarded as one of the greatest contestants on the show. In 2009 she was named by MTV as the sixth greatest "American Idol" with the most shocking exit of all time. In 2010, the Los Angeles Times listed Hudson as the third greatest "American Idol" in the history of the show, behind season one winner Kelly Clarkson and season four winner Carrie Underwood.

After her exit from "American Idol" in 2004, Hudson worked on a few projects including a duet with Meat Loaf, "The Future Ain't What It Used to Be." She signed a record deal with Arista Records in November 2006. She worked with producers Ryan Tedder and Timbaland on a number of songs for her debut album, and released her debut single "Spotlight" in June 2008. Her self-titled debut album "Jennifer Hudson" was released in September 2008 through Arista, and was written and produced by Ne-Yo and Stargate. It debuted at No. 2 on the Billboard 200, and was generally well-received with positive reviews. The album also won Best R&B Album at the 2009 Grammy Awards, and was nominated for two more awards in the categories Best Female R&B Vocal Performance and Best R&B Performance by a Duo or Group with Vocals. 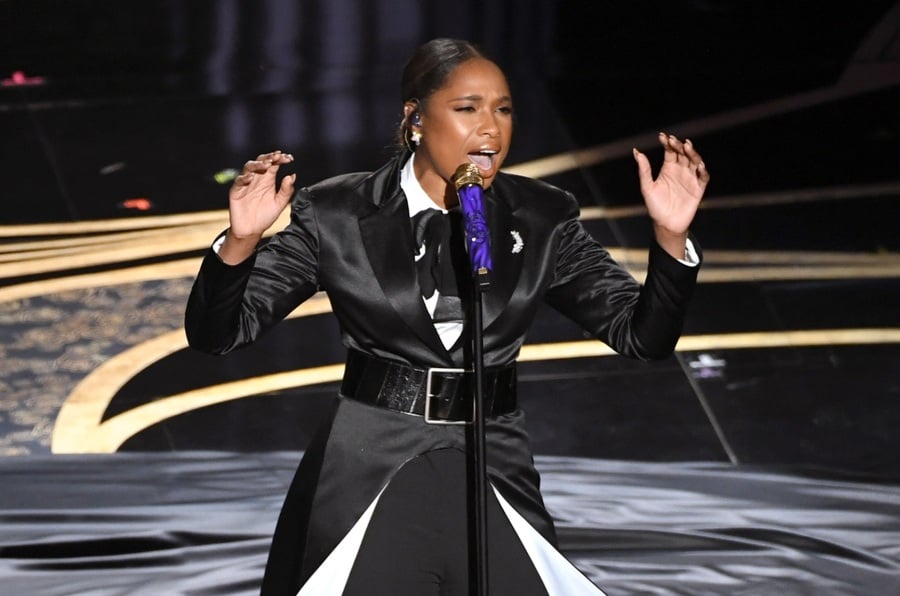 In November 2005, Hudson kicked off her acting career with the role of Effie White in the film adaptation of the "Dreamgirls" musical. She starred alongside famous names such as Jamie Foxx, Beyoncé and Eddie Murphy. She beat out hundreds of professional singers and actresses for the role, including Fantasia Barrino, and received widespread praise for her performance. In particular, her rendition of the song "And I Am Telling You I'm Not Going" was hailed as a stellar performance. As Effie White, Hudson won 29 different awards, including the Golden Globe Award for Best Actress in a Supporting Role, the BAFTA Award for Best Actress in a Supporting Role, and the Academy Award for Best Supporting Actress. She was also named as Best Supporting Actress by the Broadcast Film Critics Association and the Screen Actors Guild.

Following "Dreamgirls," Hudson appeared in supporting role in several films, including "Sex and the City" (2008) and "The Secret Life of Bees" (2008). Hudson then moved on to starring roles, including in the films "Fragments" (2009), "Winnie Mandela" (2013), "Black Nativity" (2013) and "Cats" (2019). She also debuted on Broadway in "The Color Purple" in 2015, eventually winning a Grammy for Best Musical Theater Album in 2017 for her work on the production. Additionally, Hudson has appeared on television as a coach on the sixth and eighth seasons of "The Voice UK," and the thirteenth and fifteenth seasons of the American version of "The Voice." 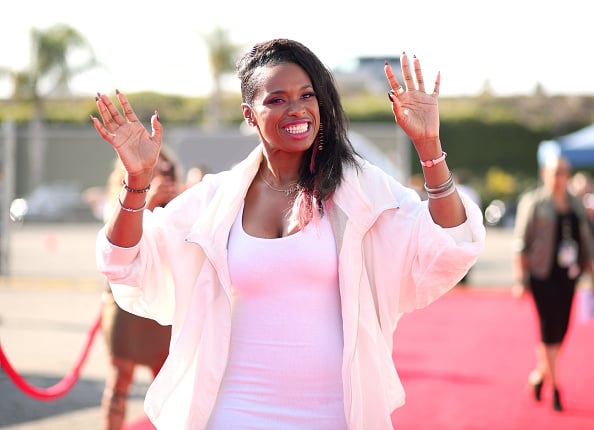 In 2010, Hudson became a spokesperson for Weight Watchers. She revealed on an episode of "The Oprah Winfrey Show" in February 2011 that she had lost a total of 80 pounds. She also released an autobiography in 2012 that detailed her weight loss journey.

Hudson dated James Payton from 1999 to late 2007. She then began a relationship with WWE professional wrestler and Harvard Law graduate David Otunga. Hudson and Otunga became engaged in September 2008, and she gave birth to their son David in August 2009. The couple split in November 2017.

On October 24, 2008, Hudson's mother Darnell and brother Jason were found shot to death in the Chicago home they shared with Hudson's sister Julia. Julia's son, Hudson's nephew Julian, was reported missing, and his body was found three days later. Julia's estranged husband William Balfour was charged with three counts of first-degree murder with and one count of home invasion. He was sentenced in July 2012 to three life sentences without the possibility of parole, on top of another 120 years for his other convictions. Following this tragedy, Hudson's family created The Hudson-King Foundation for Familiars of Slain Victims, as well as the Julian D. King Gift Foundation in honor of her nephew.

In 2011, Jennifer paid $3 million for a six-bedroom, 7-bath, 12,000 square-foot home located in the Chicago suburb of Burr Ridge. Built in 2007, the gorgeous house also sports a floating staircase, multiple laundry rooms, a personal movie theater, and hardwood floors. She purchased the property for just under $3 million, a steep discount from its originally quoted price. With 12,000 square feet of space, she is certain to have enough room to add future awards to her already impressive collection.