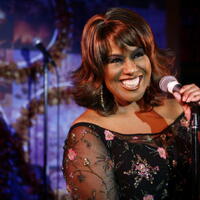 Jennifer Holliday net worth: Jennifer Holliday is an American singer and actress who has a net worth of $10 million dollars. Jennifer Holliday was born in Houston, Texas, and began her professional performing career when she was cast in the Broadway production of "Your Arms to Short to Box with God" in the late 70s, when she was 19. She went on to a successful career on the Broadway stage, and is most widely recognized for her Tony Award-winning performance as Effie Melody White in "Dreamgirls". Her performance of the song, "And I Am Telling You I'm Not Going", went on to win a Grammy. She subsequently had multiple pop hits throughout the 80s. In addition to her Broadway and pop music career, she also launched a successful gospel career. After taking some time away from the limelight to focus on her health, she re-emerged in the late 90s, and has since worked steadily in theater, film, and television projects.