How much is Jenni Rivera Worth?

Jenni Rivera Net Worth: Jenni Rivera was a Mexican-American Latin singer/songwriter, actress, television producer and entrepreneur who had a net worth of $25 million at the time of her death. She was best known for her work within the banda, norteña and mariachi music genres. During her career, Rivera produced 15 gold, 15 platinum and 5 double-platinum records. She later became a reality-TV star, businesswoman and activist.

Early Life: Jenni Rivera was born July 2, 1969 in Long Beach, California, to Rosa and Pedro Rivera, who were both from Mexico. Rivera was raised along with her sister and four brothers in a tight-knit and musical household. Rivera grew up speaking both English and Spanish fluently. She was a straight-A student up until her sophomore year of high school, when she became pregnant with her first child, Janney Marin-Rivera. Rivera began working at a flea market selling CDs to support the two of them, earning her GED along the way at a continuation school and graduating as the class valedictorian.

Speaking of her experiences becoming a teen mother, Jenni explained: "Usually, when a young girl is pregnant, she drops out of school and concentrates on being a mother. I thought that's what I had to do, but my counselors told me there was no way they would let me drop out. I had too much promise." She went to California State University, Long Beach, and got a college degree in business administration and worked in real estate. She then went to work for her father's record label, Cintas Acuario, which he started in 1987.

Career: At the start of her musical career, Rivera was told by many in the music industry that she wouldn't make it. She released the albums "We Are Rivera" and "Farewell to Selena" independently. The latter was a tribute album to Tejano music singer Selena, who was murdered in 1995. She was signed to Sony Music in the late '90s and then with Fonovisa records in 1999. She released her first commercial album titled "Que Me Entierren Con la Banda" in 1999, which featured the hit "Las Malandrinas. In 2001, Rivera released the records "Dejate Amar" and "Se las Voy a Dar a Otro," which garnered her first Latin Grammy Nomination for Best Banda Album. This made her the first American-born artist to be nominated for the category. Her 2003 release "Homenaje a Las Grandes" was a tribute album to female Mexican singers. In 2004, Jenni released her first compilation disc titled "Simplemente…La Mejor." It became her first record to land on the charts in the United States.

Rivera began to attract more substantial success in 2005 with the release of the record "Parrandera, Rebelde y Atrevida." It peaked at No. 10 on the Billboard Top Latin Albums chart and has since been certified double platinum in the Latin field by the RIAA. "De Contrabando," the second single released from the album, became her first and only number 1 song in the U.S. It's also said to be one of her most well-known songs to date. In 2007, her album "Mi Vida Loca" debuted at No. 1 on the Regional Mexican Albums chart and number 2 on the Top Latin Albums chart in the United States. It also garnered an award for Regional Mexican Album of the Year at the 2008 Latin Billboard Music Awards. The album also earned Rivera her first Lo Nuestro Award for Regional Mexican Female Artist of the Year, an award she would continue to dominate every year after for the rest of her life. That same year, she released "La Diva en Vivo," a live album that consisted of songs recorded with a mariachi band. This garnered her second Latin Grammy nod for Best Ranchero Album, the only female singer nominated in that category that year. Rivera's tenth studio album, released in 2008, became her first No. 1 record for the Billboard Top Latin chart in the U.S. Rivera recorded her first full mariachi studio album "La Gran Senora" which garnered a Latin Grammy nomination for Best Ranchero Album. It peaked at No. 2 on the Billboard Top Latin Albums chart in the United States and ended up being the biggest-selling regional Mexican album of 2010. By early 2013 Rivera had sold some 20 million albums worldwide. 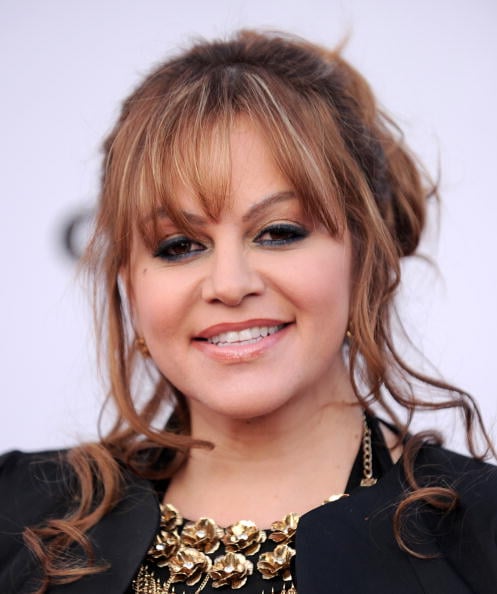 Personal Life: Rivera gave birth to her first child Janney in 1985. Janney is better known as the singer Chiquis. Rivera later married the baby's father, Jose Trinidad Marin, and they had two more kids, Jacqueline and Michael. Jenni ended the marriage in 1992, citing physical and emotional abuse. Marin was arrested for molestation when he was accused by Jenni's sister Rosie, Chiquis, and Jacqueline. Marin spent 9 years as a fugitive before he was caught in April 2006, convicted of sexual assault and rape and sentenced to more than 31 years in prison without parole.

At one of the local bars where Jenni started her singing career, she met her future husband, Juan López. Shortly after their marriage in 1997, López was sentenced to six months in prison for smuggling immigrants. The couple had two children, but her husband's unfaithfulness caused the couple's demise in 2003. Lopez was convicted in 2007 of selling drugs and died from pneumonia while in prison in 2009. Just before her death, Rivera and Esteban Loaiza, who had married in 2010, filed for divorce but it was never finalized.

In a bizarre twist Esteban was arrested in February 2018 after authorities allegedly found more than 50 pounds of cocaine and heroin that were reportedly packed for transportation and sale. In March 2019 Esteban was sentenced to three years in Federal prison.

Death: In a catastrophic event, Jenni Rivera died in a plane crash on December 9, 2012. The families of the four passengers filed a wrongful death suit against Starwood Management, the company that owned the plane, and Jenni Rivera's entertainment company. Mexico's aviation investigation agency released its findings on the 2012 crash, saying that the 78-year-old pilot was too old for the license he was granted by Mexican authorities. Also the 43-year-old Learjet was flying unevenly and shaking when it reached cruising speed.

Jenni's family sued Starwood Management Inc, the owner of a Learjet 25 that was carrying Latin music star Jenni Rivera and her entourage when it crashed. In August 2016, a judge ordered Starwood to pay her heirs $70 million. 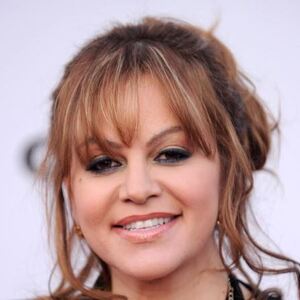