Jenifer Lewis net worth: Jenifer Lewis is an American actor and singer who has a net worth of $2 million dollars. Jenifer Lewis was born in Kinloch, Missouri and graduated from Webster University. After moving to New York to focus on a career in performing, she was cast in the Broadway musical, "Eubie".

This led to an offer to work on the workshop production of "Dreamgirls". When the production moved to Broadway, her role was recast with Jennifer Holliday. From there, she went on to work as a back-up singer for Bette Midler for both her live performances and in the film, "Beaches". She has since gone on to work steadily in film and television projects, including "Murphy Brown", "A Different World", "The Fresh Prince of Bel-Air", "Hangin' with Mr. Cooper", "New York Undercover", "Happily Ever After: Fairy Tales for Every Child", "Moesha", "Girlfriends", "That's So Raven", "Sister Act", "Poetic Justice", "Cast Away", "The Cookout", "Madea's Family Reunion", and "Think Like a Man". 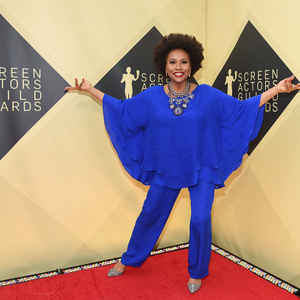