Jelena Karleusa net worth: Jelena Karleusa is a Serbian pop recording artist and television personality who has a net worth of $40 million. Jelena Karleusa was born in Belgrade, Serbia in August 1978. She is also a human rights advocate and a former columnist who is now one of the most popular singers in the Balkans. Her debut studio album was released in 1995 which helped her become popular in the former Yugoslavia. Jelena is married to soccer player Dusko Tosic and the couple has two daughters. Jelena Karleusa has released a total of ten studio albums and has starred in film and television. She has won several awards including Serbian Oscars and Serbian Grammy's. She became a jury member on the reality television series Grand Stars in 2015. Karleusa launched her own fashion line in 2006 called JK Wear. 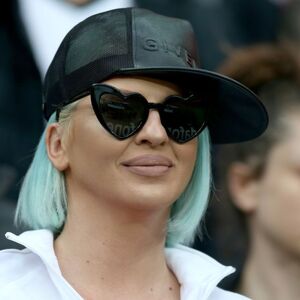