What Is Jeff Tweedy's Net Worth?

Jeff Tweedy is an American musician, songwriter, record producer, and author who has a net worth of $8 million. Tweedy is best known as the lead singer and guitarist for the band Wilco, and he was formerly in the band Uncle Tupelo. Jeff has released more than 20 studio albums, including 11 Wilco albums and four Uncle Tupelo albums as well as albums with Golden Smog, Loose Fur, and The Minus 5.

Jeff Tweedy was born Jeffrey Scot Tweedy on August 25, 1967, in Belleville, Illinois. His mother, JoAnn, designed kitchens for a living, and his father, Bob (who passed away in 2017), worked at Alton & Southern Railroad. Jeff grew up with older siblings Greg (who died of heart and kidney failure in 2013), Steven, and Debbie, and his mother bought him a guitar when he was just 6 years old. At age 12, Tweedy had to stay inside during the summer after being injured in a bike accident, so he began playing guitar seriously. Jeff attended Belleville Township High School West, where he met future Uncle Tupelo bandmate Jay Farrar. After graduating from high school, Tweedy spent three years at college, attending Belleville Area College and Southern Illinois University Edwardsville, but he dropped out before earning a degree.

In high school, Tweedy joined the band The Plebes with Jay, Wade, and Dade Farrar. After he tried to push the band away from rockabilly into punk rock, Dade left the band. The band name was changed to The Primitives in 1984 and Uncle Tupelo in 1986, and Tony Margherita became their manager after seeing them perform in 1988. Uncle Tupelo signed with the independent label Giant/Rockville Records in 1989 and released their debut album, "No Depression," in June 1990, followed by "Still Feel Gone" in  September 1991, "March 16–20, 1992, in August 1992, and "Anodyne" in October 1993. The band broke up in 1994 due to tension between Jeff and Jay, and Tweedy formed Wilco with his Uncle Tupelo bandmates Max Johnston, John Stirratt, and Ken Coomer. After signing with Reprise Records, Wilco released their debut album, "A.M.," in March 1995. Beginning with their second album, 1996's "Being There,"' every Wilco album has made it onto the "Billboard" 200 chart. Their highest-charting albums are 2004's "A Ghost Is Born," 2007's "Sky Blue Sky," 2009's "Wilco (The Album)," and 2011's "The Whole Love," which all cracked the top 10. The singles "I Might," "Speak Into The Rose," and "Random Name Generator" reached the top 10 on the "Billboard" Hot Singles Sales chart, and the 2009 single "You Never Know" topped the Adult Alternative Airplay chart. 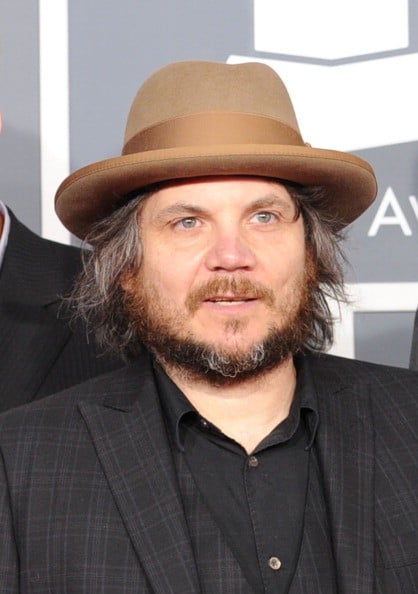 Besides his work with Wilco and Uncle Tupelo, Tweedy has released the albums "Down by the Old Mainstream" (1996), "Weird Tales" (1998), and "Another Fine Day" (2006) with Golden Smog, "Loose Fur" (2003) and "Born Again in the USA" (2006) with Loose Fur, and "Down with Wilco" (2003) and "The Minus 5" (2006) with The Minus 5. He formed the band Tweedy with his son Spencer, and they released the album "Sukierae" in 2014. Jeff collaborated with Mavis Staples on the albums "You Are Not Alone" (2010), "One True Vine" (2013), and "If All I Was Was Black" (2017), with "You Are Not Alone" winning a Grammy. Tweedy's first solo album, 2017's "Together at Last" reached #7 on the Top Alternative Albums chart and #9 on the Top Rock Albums chart, and 2020's "Love Is the King" featured both of his sons. During the COVID-19 pandemic, the family created an Instagram video series called "The Tweedy Show," which featured Jeff and his sons performing cover songs and original tunes. In 2021, two songs performed by Tweedy, "Cold Water" and "Pickled Ginger," were included on "The Awesome Album" from Mouse Rat, the fictional band fronted by Chris Pratt's Andy Dwyer on "Parks and Recreation."

Jeff married Susan Miller, a former talent agent, on August 6, 1995, and they have two sons, Sam and Spencer. Tweedy and Miller met when Jeff was attempting to get Uncle Tupelo booked at the Chicago music venue where Susan worked, Cubby Bear. Miller opened the Chicago club Lounge Ax in 1989 and booked the band 16 times over the next four years. Susan is Jewish, and Jeff converted to Judaism in 2013; both of their sons had Bar Mitzvahs, and Tweedy performed at the ceremonies. In 2014, Susan was diagnosed with cancer, and in a 2015 interview, Jeff said that his wife was "doing great now."

In November 2019, the couple's home in the Irving Park area of Chicago was shot at multiple times. Susan shared on social media, "Seven to 10 shots fired at what sounded like right at our house … A bullet went through the storm door to our balcony and lodged in the wooden door." Luckily, no one was injured in the shooting. Tweedy has suffered from migraines since childhood, which resulted in him missing 40 days of elementary school in the same year. He has also suffered from panic attacks and depressive disorder. In 2004, Tweedy sought treatment for a Vicodin addiction, and the following year, he gave up smoking.

Tweedy has earned 11 Grammy nominations. With Wilco, he was nominated for Best Contemporary Folk Album for "Mermaid Avenue" (1999) and "Mermaid Avenue Vol. II" (2001), Best Alternative Music Album for "Star Wars" (2016), Best Rock Album for "Sky Blue Sky" (2008) and "The Whole Love" (2012), and Best Americana Album for "Wilco (The Album)" (2010), and the band won Best Alternative Music Album for "A Ghost is Born" (2005). Jeff has also earned Grammy nominations for Producer of the Year, Non-Classical (2014) and Best American Roots Song for "Build a Bridge" (shared with Mavis Staples, 2019), and he won Best Americana Album for "You Are Not Alone" (shared with Staples and Tom Schick, 2011) and Best Boxed or Special Limited Edition Package for the Wilco album "Ode to Joy" (shared with art director Lawrence Azerrad, 2021). In 2020, Tweedy received two Critics' Choice Documentary Award nominations for Best Score for "Showbiz Kids" and "Long Gone Summer." 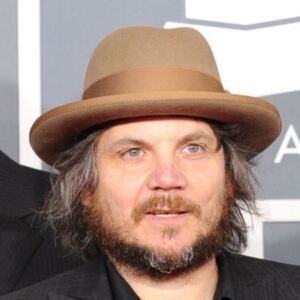