Jeff Timmons net worth: Jeff Timmons is an American pop singer and producer who has a net worth of $5 million. Jeff Timmons was born in Canton, Ohio in April 1973. He is best known for being the founding member of the pop group 98 Degrees. 98 Degrees formed in 1997 before breaking up in 2002 and reforming in 2012. The group formed independently and was not assembled by a producer or record label. They have gone on to sell more than 10 million records worldwide and have eight Top 40 singles in the United States. Their self-titled debut studio album was released in 1997. The group's second album 98 Degrees and Rising was released in 1998 and was certified 4x Platinum. Their third album This Christmas was released in 1999 and their fourth album Revelation was released in 2000 and reached #2 in the US and Canada. Their latest album 2.0 was released in 2013. Their successful singles include "Invisible Man", "Because of You", "The Hardest Thing", "I Do (Cherish You)", "Thank God I Found You" (with Mariah Carey and Joe)", and "Give Me Just One Night (Una Noche)". Timmons released the solo albums Whisper That Way and Emotional High. He was part of the VH1 reality TV series Mission: Man Band. 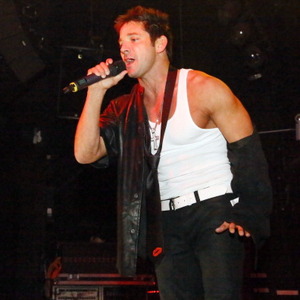