Jeff Fatt net worth: Jeff Fatt, famous as a member of the children's musical comedy troupe The Wiggles, has a net worth of $20 million. In addition to his net worth, he has a legion of young fans who know him for his laid back demeanor and his penchant for falling asleep at inopportune times.

His career began in the 1980s, when he was a part of the band The Cockroaches, which is generally considered to be the precursor to The Wiggles. In the early 1990s, The Cockroaches disbanded, and Fatt was asked by fellow Wiggle Anthony Field to help record the first Wiggles album. Although Fatt was unenthusiastic about the project at first, he went on to become an integral member of the group, having created the popular character Henry the Octopus (in addition to performing as Henry's voice) and inspired one of The Wiggles' songs entitled "Wake Up, Jeff! Fatt was uncomfortable around children during the early years of The Wiggles, and considered those early shows highly traumatic. Fatt's famous "sleeping" schtick came from Fatt's real life proclivity for grabbing cat naps in between shows. The Wiggles continue to be a popular children's TV program, both in their native land of Australia and abroad. 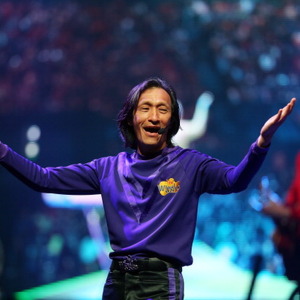