How much is Jazmine Sullivan Worth?

Jazmine Sullivan net worth: Jazmine Sullivan is an American recording artist who has a net worth of $7 million dollars. Jazmine Sullivan was born in Philadelphia, Pennsylvania in April 1987. Her mother is a former backup singer. Jazmine graduated from the Philadelphia High School for the Creative and Performing Arts. She sang in choirs and sang with Stevie Wonder when she was 13. At 15 she signed with Jive Records but was dropped without an album being released. She worked with Missy Elliott and was signed to J Records in 2007. Sullivan's debut single "Need U Bad" was released in 2008. The song hit #1 on the Billboard Hot R&B/Hip-Hop Songs chart and #37 on the Billboard Hot 100. Her debut album Fearless was released in 2008. The album debuted #1 on the R&B chart and #6 on the Billboard 200. She released the album Love Me Back in 2010. In 2011 Jazmine announced she was leaving the music industry. She changed her mind and her new album Reality Show is scheduled to be released in late 2014. Sullivan has won a Billboard Rising Star Award, BET Centric Award, and an ASCAP Award, as well as being nominated for 11 Grammy Awards. 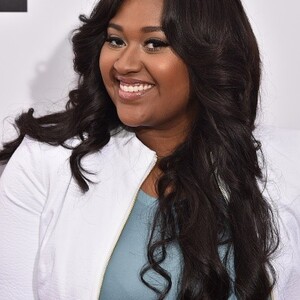