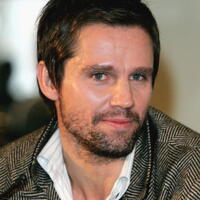 Jason Orange net worth: Jason Orange is an English singer-songwriter, dancer, musician, and actor who has a net worth of $30 million. Jason Orange was born in Crumpsall, Manchester, Lancashire, England, United Kingdom in July 1970. Orange was a member of the boy band Take That for their original run in the 1990s and again when the group reunited in 2005. Take That has had 27 top 40 singles including 16 top 5 singles in the United Kingdom and 11 #1 singles. The group has also had seven #1 albums. Their debut album Take That & Party was released in 1992 and the group has released a total of six studio albums. Some of their most popular songs include "Could It Be Magic", "Why Can't I Wake Up With You", "Pray", "Relight My Fire", "Babe", "Everything Changes", "Love Ain't Here Anymore", "Sure", "Back for Good", "Never Forget", "How Deep Is Your Love", "Patience", "Shine", "Rule the World", "Greatest Day", and "The Flood". Take That has won numerous awards including from BRIT Awards and MTV Europe Music Awards. They were named Amazon's top-selling music artist of all time. Orange acted in the television thriller Killer Net in 1998 and on stage in London in Gob in 1999. In September 2014 Orange announced that he was leaving Take That.