Jason Mraz Net Worth: Jason Mraz is an American singer, songwriter, and guitarist who has a net worth of $10 million. He released his debut album in 2002 and since that time has released six more studio albums including "Look For The Good," which was released on June 19, 2020.

Early Life: Jason Thomas Mraz was born on June 23, 1977, in Mechanicsville, Virginia. His last name is Czech for frost. His parents Tom and June divorced when he was five. His dad works for the USPS and his mom is a vice president at a local branch of Bank of America. He attended Lee-Davis High School and was in the school chorus, on the cheerleading team, and in the drama club. He starred as Snoopy in a high school play about the beloved Peanuts characters and as Joseph in "Joseph and the Amazing Technicolor Dreamcoat."

Mraz enrolled at New York City's American Musical and Dramatic Academy for about 18 months. While there, a friend gave him a guitar he was about to throw away. Mraz learned to play the guitar and started writing songs. He dropped out of college and moved to Richmond, Virginia to enroll at Longwood University and join the Ashland Stage Company. However, he decided to head out on a road trip instead of going to classes. He ended up in San Diego. It was 1999.

Career: Once he was in San Diego, Mraz became a roadie for the band Elgin Park. During this period, Mraz was performing once a week at Java Joe's in Ocean Beach, California. Mraz put on a set weekly for three years to build a following. In 2001, he released the acoustic album "Live at Java Joe's." Mraz moved to L.A. and signed a record deal with Elektra Records. He went on tour with Jewel as her opening act. In the fall of 2002, Mraz released his debut album "Waiting for My Rocket to Come." The album peaked at number 55 on the album charts. The lead single "The Remedy (I Won't Worry)," peaked at number three and became one of the most popular songs of 2003. Mraz's second album, "Mr. A-Z" was released in the summer of 2005. The single "Wordplay" entered the song charts at number five. Mraz went on a long tour in support of his second album, which started on September 12, 2005 at the San Diego Music Awards. Mraz opened for Alanis Morissette on her Jagged Little Pill Acoustic tour in 2005. He also opened five dates of the 2005-2006 Rolling Stones tour. He also appeared at a number of music festivals that year. In 2006 he was the opening act for a number of stops on Rob Thomas' Something to Be Tour.

In May 2008, Mraz released "We Sing, We Dance, We Steal Things." The album debuted at number three and hit the top 10 in a number of international markets. The lead single "I'm Yours" was written for "Mr. A-Z" but became the centerpiece of "We Sing, We Dance, We Steal Things." "I'm Yours" was nominated for Song of the Year and Best Male Pop Performance in 2009. Mraz won his first two Grammy Awards in 2010 for Best Male Pop Vocal Performance for "Make It Mine," and Best Pop Collaboration for "Lucky" with Colbie Caillat. I'm Yours" was named the 2010 Song of the Year by ASCAP.

Mraz released "Love Is a Four-Letter Word," in April 2012. The lead single was "I Won't Give Up," debuted at number eight on the songs chart while the album peaked at number two on the album charts. The song debuted on his 2011 tour before it was released and got a lot of intention. The album was nominated for Best Engineered Album, Non-Classical at the 2012 Grammy Awards. Mraz won the Favorite Male Artist award at the 2013 People's Choice Awards. He played at the 2011 Farm Aim concert. In 2012, Mraz sold out London's O2 Arena, the Hollywood Bowl, and Madison Square Garden.

In 2014, Mraz released his fifth studio album, "Yes!," in July.  It is an acoustic album with the folk-rock band, Raining Jane.

In 2017, Mraz made his debut on Broadway in the musical "Waitress as the role of Dr. Pomatter for 10 weeks. He extended his run when Sara Bareilles re-joined the cast.

In 2020, Mraz is appearing on "Celebrity Show-Off." He advanced to the finals with Tori Spelling and Kevin Smith. It is a show for the quarantine times where celebrities compete to create the most compelling content from their homes.

He married Christina Carano in Mechanicsville, Virginia in 2015.

He surfs, does yoga, and enjoys photography.

His grandfather was a farmer.

Real Estate: Jason Mraz owns an avocado-ranch near Oceanside, California. He is a farmer. He's been growing avocados and coffee on his farm near Oceanside in Southern California for years. 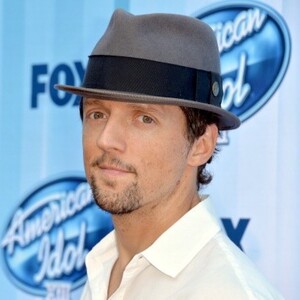