Jason Aldean Net Worth: Jason Aldean is an American country music singer and songwriter with a net worth of $80 million. He is known for popular country songs including "Big Green Tractor," "She's Country," "Hicktown,"and "Dirt Road Anthem." He has won six Academy of Country Music Awards, four Billboard Music Awards, and has been nominated for four Grammy Awards.

Early Life: Jason Aldean was born Jason Aldine Williams on February 28th, 1977 in Macon, Georgia. When he was three years old, his parents separated, and he was primarily raised by his mother in Macon but would spend summers with his father in Homestead, Florida. He learned how to play the guitar by practicing while his father worked, and the two would play together when his father returned home in the evenings. Both of his parents encouraged him to pursue his passion for music. He had his eyes set on becoming a country music singer by age fourteen and started performing in local talent contests and fairs. He formed a band the next year, and they continued to perform together throughout high school. After graduating high school and with the help of his father, Aldean and his band performed at small venues and clubs throughout the southeast.

Early Career: In 1998, Aldean began performing songs that would go on his debut album, and after putting on a show in Atlanta, he was approached by a producer from the record label Warner Chappel Music and offered a record deal. After signing in late 1998, he moved to Nashville, Tennessee. The label subsequently dropped him, so he signed a deal with another record label that also later dropped him. He spent four disappointing years in Nashville, and by 2004, he was ready to return to Georgia but gave himself six more months to try to sign with a label. A couple of of months later, he was offered a deal with Broken Arrow Records. He released his self-titled debut album in July of 2005. It spawned the singles "Why," "Amarillo Sky," and "Hicktown," which all made it into the top ten on the Billboard country music chart, and the album has been certified platinum. He received nominations at the 2006 Academy of Country Music Awards for Video of the Year and Song of the Year for the single "Amarillo Sky," which was originally recorded by the group McBride & the Ride. In the spring of 2007, he released his second album "Relentless," and it debuted at no. 4 on the Billboard album charts. On the country music charts, it debuted at no. 1. The album was a critical as well as commercial success, selling just under 100,000 copies in its first week. Despite producing three charting singles, it is his least successful album.

In December of 2008, Aldean released the single "She's County," and his third album "Wide Open" was released in April of the next year. The singles "She's Country" and "Big Green Tractor" became his second and third singles to top the Billboard Hot 100 chart. The album debuted at no. 2 on the country music album charts. In 2010, he released the album "My Kinda Party," and the single of the same name marked his tenth top-10 country hit. He collaborated with Kelly Clarkson for the song "Don't You Wanna Stay," and he performed his version of the country rap song "Dirt Road Anthem" with rapper Ludacris at the 2011 CMT Awards. He won the Country Music Association Award for album of the year and was nominated for country album of the year at the American Music Awards. The album and the song "Don't You Wanna Stay" were both nominated for Grammy Awards. His fifth album, "Nigh Train," featured collaborations with Eric Church and Luke Bryan, and it debuted at no. 1 on the Billboard album charts. It spawned five singles and was the tenth best-selling album of 2012.  He hosted the 2013 Country Music Awards with Kristen Bell, and in 2014, Aldean appeared on Ludacris' album "Burning Bridges." His 2014 album "Old Boots, New Dirt" received mixed reviews among critics but was certified platinum the year of its release. 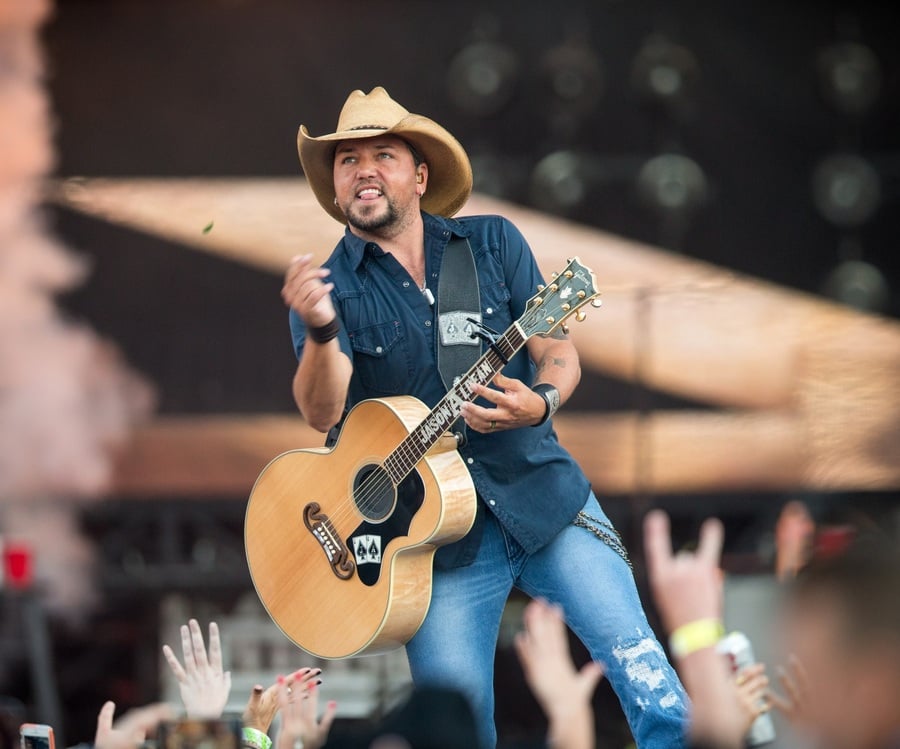 Aldean's seventh album "They Don't Know" was released in September of 2016, and it debuted at the top of the Billboard album chart, making it his third album to do so. In the fall of 2017, he performed in Las Vegas at the Route 91 Harvest Festival. He had just begun performing the song "When She Says Baby" when a gunman began shooting indiscriminately at the crowd from the 32nd floor of the Mandalay Bay Resort. Aldean and his crew escaped unharmed, however fifty-two people lost their lives and over eight hundred were injured. He visited those who were recovering in the hospital, and the next week, he performed a cover of Tom Petty's song "I Won't Back Down" on Saturday Night Live. He had around forty crew members as well as his pregnant wife in attendance at the concert.

Personal Life: In 2001, Aldean married Jessica Ann Ussery, and they have two daughters together. He publicly admitted to acting inappropriately with former "American Idol" contestant Brittany Kerr in 2012, and the pair divorced in the following year. He announced his engagement to Kerr in September of 2014, and they were married in March of 2015. They have two children together. He is an ardent supporter of breast cancer research and has raised over $4 million for breast cancer research with much of it being donated to the Susan G. Komen Breast Cancer Foundation. 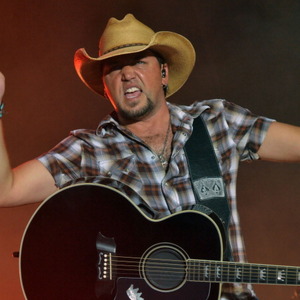