Janis Joplin Net Worth: Janis Joplin was an American rock, soul and blues singer who had a net worth of $250 thousand at the time of her death in 1970. That's the same as around $1.7 million in today's dollars after adjusting for inflation. Joplin remains one of the most acclaimed artists of the early 1970s and continues to be an influential figure in music and culture.

Estate Value: According to the terms of her will, Janis directed that half of her estate be left to her parents and 1/4 each be given to her two surviving siblings Laura and Michael. Upon her parents' passings, the full control was split evenly by Laura and Michael. Laura and Michael oversee the estate today through a holding company called Jam Inc. The siblings have earned million in royalties and licensing deals over the decades, exponentially more than Janis earned during her lifetime. As just one example, Michael and Laura kept Janis' famous Porsche for 30 years. At some point they restored the psychedelic paint job then in 2015 they put the car up for auction. The winning bidder paid $1.76 million.

Early Life: Janis Lyn Joplin was born on January 19th, 1943 in Port Arthur, Texas. Her mother worked as a registrar for a business college, and her father was an engineer at Texaco. She had two younger siblings, and they were raised as members of The Church of Christ. As a child, she was an outcast but bonded with other kids interested in blues music. When she was a teenager, she suffered constant bullying because of her weight and acne. She stated that her lack of bigoted views contributed to her ostracization at school, as the area of Texas she grew up in was very conservative at the time. After graduating, she briefly attended Lamar State University in Beaumont, Texas but transferred to the University of Texas at Austin in 1962. During her time at Austin, she performed with a folk trio known as the Waller Creek Boys.

Early Career:  Joplin recorded her first song "What Good Can Drinkin' Do?" in 1962 while she was still attending college. Early the next year, she left Texas and went hitchhiking towards San Francisco with her friend Chet Helm. She would not end up finishing her degree. After being in San Francisco for a year, she met future Jefferson Airplane guitarist Jorma Kauken, and the two recorded a series of blues standards and original tracks together. These were released in the bootleg album "The Typewriter Tape" after her death. In 1963, Joplin was arrested in San Francisco for shoplifting, and she spent the next couple years developing a meth and heroin habit. By 1965, her appearance had deteriorated, and she was described as gaunt and skeletal. She had always been a heavy drinker and was at the time injecting methamphetamine in addition to other psychoactive drugs. Her friends bought her a bus ticket back to Port Arthur, Texas, and she moved in with her parents, having decided to take a break from her fast-paced drug infused lifestyle. She spent two years living with her parents and receiving mental health counseling in Port Arthur. During her time in counseling, Joplin struggled to understand how she could be a musician while remaining sober. She would occasionally bring her acoustic guitar in with her and sing during their sessions. Although she could not envision being a musician without drugs in her life, she associated her other career options with mediocrity and tedium.

Return to Music and Acclaim: In 1966, members of the San Francisco based rock band Big Brother and the Holding Company reached out to Joplin and asked if she wanted to join their group. She agreed and started to perform with them in the summer of that year. She was initially very strict about not being around any drugs or drug use, but she would eventually relapse. They recorded one of their summer concerts in San Francisco and released it in the album "Cheap Thrills." The record didn't sell as well as they anticipated, so they went on tour. However, tickets did not sell as well as they had anticipated either; and after finding themselves owing money to a promoter in Chicago for shows that had low attendance, they signed on with the record label Mainstream Records. Before the close of the year, the group recorded and released two singles, but they were met with a similarly disappointing commercial reception. The group hired a new manager and released their self-titled debut studio album in the summer of 1967. The release of their album was on the heels of a successful summer of touring, which included performances at the Monterey Pop Festival. The album sold well commercially and ranked at no. 60 on the Billboard album chart. They spent the rest of the year touring throughout California, and the next year, they began touring the East Coast. 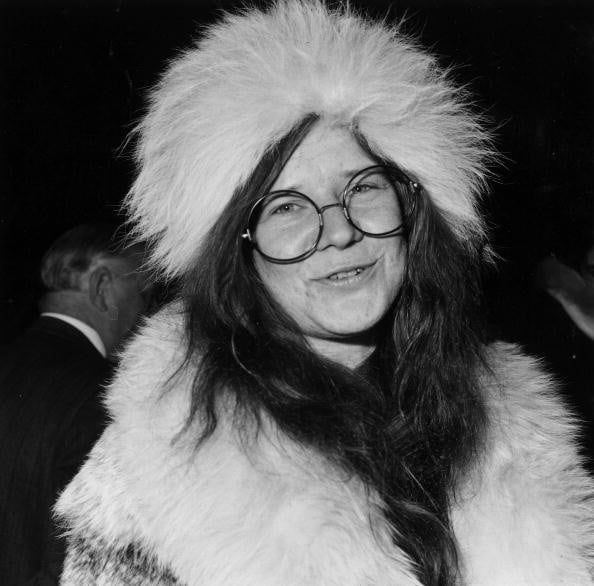 In April of 1968, the band performed in the "Wake for Martin Luther King Jr." concert that was held in New York City following his assassination. They appeared along with artists including Jimi Hendrix, Joni Mitchell, and Buddy Guy. In July of 1968, Joplin and the group made their first television appearance on the ABC show "This Morning." By the end of the year, Joplin had become the central figure of the band, and they had started calling themselves Janis Joplin and Big Brother and the Holding Company to reflect her significance. She left that group in the beginning of 1969 and formed a new group called Kozmic Blues Band, but the band's membership was fluid with the exception of her. She performed at the Woodstock Music Festival in August of 1969, and it was obvious she was heavily intoxicated and even struggling on stage. The next month, she released her debut studio album "I Got Dem Ol' Kozmic Blues Again Mama!" under the Kozmic Blues Band's name. The album was a commercial and critical hit. It was certified gold less than three months after its release and peaked at no. 5 on the Billboard album charts.

After the release of the album, Joplin embarked on an international tour. When she returned to the US, she resumed her heroin addiction and formed a band called Full Tilt Boogie with Canadian rock singer Ronnie Hawkins. She spent the summer of 1970 touring with her new group and was met with much success among crowds.

Death and Legacy: Joplin fulfilled her prophecy that working in the music industry would lead to her using drugs again. On October 4th, 1970, she was found dead of a heroin overdose in her Los Angeles hotel room. Although her career was relatively short, her brash vulnerability and synthesis of psychedelic rock and blues music has influenced generations of artists including Stevie Nicks, Florence Welch of Florence and the Machine, and Miley Cyrus. 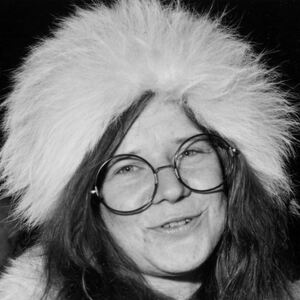