Jang Geun Suk net worth: Jang Geun Suk is a South Korean actor, singer and model who has a net worth of $6 million. Born on August 4, 1987, Jang Geun Suk started his modeling career when he was only six years old. At the time, his parents were selling their house and they were advised by a potential buyer that Geun Suk should work as a model.

However, four years later Jang turned from a model into an actor, making his acting debut with the TV sitcom "Selling Happiness. After finishing high-school in New Zealand, he landed a role in the popular MBC sitcom "Nonstop 4. While in 2005, he became fans' favorite for his performance as the president's son in Korean drama "Lovers In Prague. One year later, he made it to the big screen starring in the Japanese horror film "One Missed Call Final. But his next role brought him back to the small screen with the historical KBS drama "Hwang Jin-Yi. With this role he became female fans' darling, while with his role in the 2007 rock music themed film "The Happy Life," he had a chance to expose his masculine side as well as his skills as a singer. In 2008, he appeared in other two music inspired titles "Do re mi fa so la si do" and the MBC TV drama "Beethoven Virus. Then he got the role of Hwang Tae-Kyung, a leader of rock band A.N.Jell, in the 2009 drama series "You're Beautiful". The show, which also starred Lee Hong Ki, Jung Yong, Park Shin-hye and Uee Hwa, became a smash-hit throughout the Asian countries. Another blockbusting series followed in 2010, when he played the role of Kang Mu Gyul in the romantic comedy series Mary Stayed Out All Night, along with Moon Geun Young. Thanks to his multiple talents (acting, singing and dancing), he earned the tag Prince Of Asia. 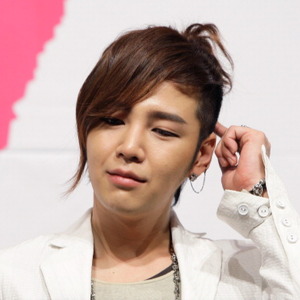