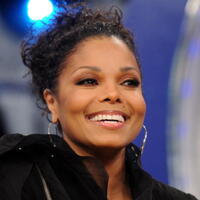 What is Janet Jackson's Net Worth?

Janet Jackson is an American singer, actress, producer, and choreographer who has a net worth of $180 million. She rose to prominence alongside her family members on the variety show "The Jacksons" in the late 1970s, and has enjoyed a successful solo career of her own.

Janet Jackson was born in Gary, Indiana, on May 16, 1966. She is the youngest of ten children, and her brothers make up the famous Jackson 5. After the Jackson 5 signed a record deal with Motown in March 1969, the Jackson family moved to the Encino neighborhood of Los Angeles. She began performing on the variety show "The Jacksons" in 1976 along with her siblings, jump starting her career in entertainment. After acting in several projects including starring roles in the sitcoms "Good Times" (1977) and "A New Kind of Family" (1979-1980), her father and manager Joseph Jackson arranged a recording contract for her with A&M Records.

Under A&M Records and the management of her father, Jackson released two albums, "Janet Jackson" (1982) and "Dream Street" (1984). After her second album she terminated business affairs with her family, and released her third album "Control" (1986), which featured a more urban and mature sound than her previous releases. "Control" was an immense success, receiving six Billboard Awards, three Grammy nominations, and winning four American Music Awards from twelve nominations.

With the release of her fourth album "Rhythm Nation 1814" (1989), Jackson solidified her status as a star in her own right, away from the shadow of her famous family. It peaked at number one on the Billboard 200, and was certified platinum six times by the RIAA. It was the first album in history to produce number one hits in three separate calendar years. The music video for the single "Rhythm Nation" is considered one of the most iconic and popular in history, establishing Jackson as a fashion icon; the long form of the "Rhythm Nation" music video also won a Grammy Award. Furthermore, her Rhythm Nation World Tour of 1990 was the most successful debut tour in history at the time, and set a record for the fastest sell-out of Japan's Tokyo Dome.

After fulfilling her A&M contract, Jackson signed a multimillion-dollar deal with Virgin Records. Valued at between $32 – $50 million, it was the largest female music recording contract of all time, up to that point. Her first album with Virgin, "janet." (1993), debuted at number one on the Billboard 200 chart and included five number-one singles, including the Grammy-winning single "That's the Way Love Goes."

Her next two albums, "The Velvet Rope" (1997) and "All For You" (2001), also debuted at the top of the charts and sold a combined total of sixteen million copies worldwide. At the end of the 1990s, she was named as the second most successful recording artist of the decade after Mariah Carey by Billboard magazine. Jackson's other releases include "Damita Jo" (2004), "20 Y.O." (2006), "Discipline" (2008), and "Unbreakable" (2015). "Unbreakable" was actually released under her own record label, Rhythm Nation, which she launched in partnership with BMG Rights Management.

Decades into her career, Jackson remains an important pop artist with an impressive legacy. In 2004, Jackson became the most-searched news story in Internet history (as reported by the 2007 Guinness Book of World Records) when, during the Super Bowl halftime show, Justin Timberlake tore her shirt open, exposing one bare breast. Jackson called the moment an accident and refused to apologize to CBS. 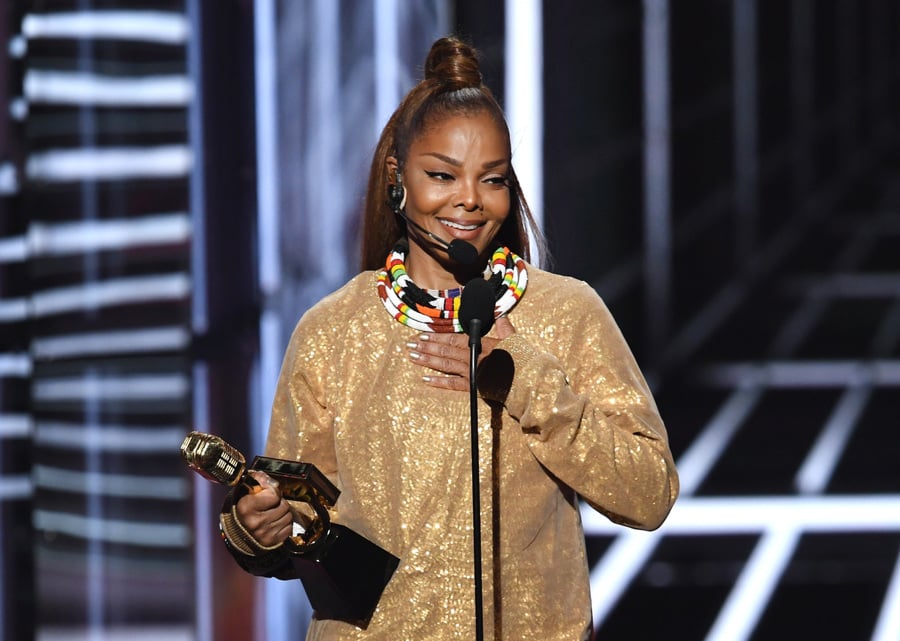 Outside of music, Jackson has also appeared in several films. She got her start in 1993's "Poetic Justice" and returned to the big screen many times since, including in movies like "Nutty Professor II: The Klumps" (2000), "Why Did I Get Married?" (2007) and "For Colored Girls" (2010).

At age 18, Jackson eloped with singer James DeBarge in 1984. The marriage was annulled in November 1985. In 1991, Jackson married dancer/director Rene Elizondo Jr., and kept the marriage secret until they divorced in 2000.

From 2002 to 2009, Jackson dated music producer/rapper/songwriter Jermaine Dupri. In 2012 Jackson married Qatari businessman Wissam Al Mana, whom she met in 2010. She gave birth to the couple's son in January 2017, and they announced in April that same year that they had separated and were pursuing a divorce.

Upon their divorce in 2000 after nine years, Rene Elizondo filed a lawsuit against Janet seeking a $25 million settlement. Considering the fact that they were married during Janet's most productive and successful years, he could have been entitled to that full amount or more. In legal filings, Rene claimed that during their marriage they shared income and bank accounts and at that point he did not have any savings. He admitted they had a prenuptial agreement but claimed he signed it under duress.

After three years of legal battling, they reached a settlement that reportedly called for Janet to pay Rene $10 million plus legal fees. 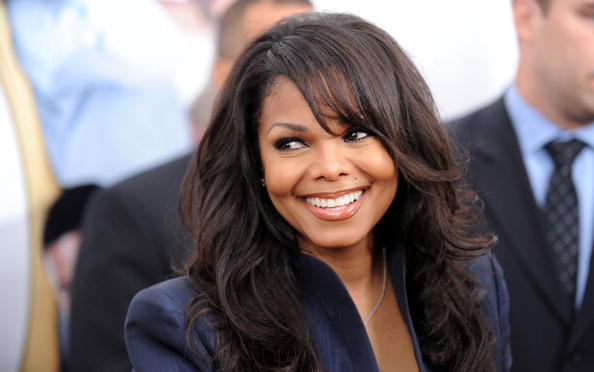 Janet Jackson Is NOT A Billionaire

Contrary to widely spread internet rumors, Janet Jackson is NOT a billionaire. Although she married Wissam Al Mana who is a billionaire Qatari retail tycoon, the idea that Janet was a billionaire stems to a misinterpretation of a May 2013 interview with Variety magazine. In the article, the author totals up all the gross revenue that has been generated by Janet's endeavors over the last 20 years. That included movie ticket sales, albums sales, merchandise, and more. The final number came to $1.2 billion. The article was also surrounded by advertisements congratulating Janet on being a "billion dollar entertainer". The combination of the article and the misleading advertisements snowballed into hundreds of blogs reporting that Janet's personal net worth had increased to over $1 billion. This is obviously false. The $1.2 billion number is gross revenue and has very little relation to Janet's personal bank account.

In 1998, Janet Jackson paid $2.8 million for a 3-bedroom, 2,100 square-foot apartment in New York City's One Central Park West building. In April 2022 Janet listed this unit for sale for a little under $9 million. She accepted $8.8 million in August of 2022. Here's a video tour of the property from the time it was listed.