Jane Morgan Net Worth: Jane Morgan is an American popular music singer who has a net worth of $100 million. Jane Morgan was born in Newton, Massachusetts in May 1924. Her initial success came in France and the United Kingdom but she was later recognized in the United States. Morgan's debut studio album The American Girl from Paris was released in 1956.

She released 32 albums on vinyl up through 1970 and nine more from 1990 to 2009. Her 1958 single "The Day The Rains Came" reached #1 in the UK. Morgan also had hits with the songs "Fascination", "1-2-3", "Elusive Butterfly", and "Kiss Tomorrow Goodbye". She has also six gold records. She appeared on television shows such as The Victor Borge Show, The Colgate Comedy Hour, The Jack Benny Show, Cavalcade of Stars, The Hollywood Palace, and The Jonathan Winters Show. Morgan also appeared more than 50 times on The Ed Sullivan Show. In 2011 she received a star on the Hollywood Walk of Fame. Jane was legally married to producer Jerry Weintraub from 1965 until his death 2015, though the did technically separate at some point earlier. 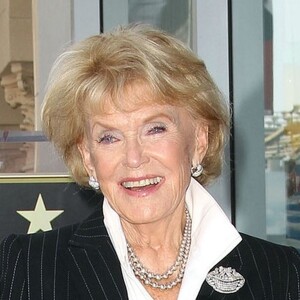