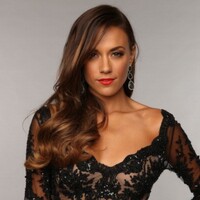 Jana Kramer net worth: Jana Kramer is an American actress and country music singer who has a net worth of $2 million dollars. Jana Kramer was born in Detroit, Michigan, and began her professional acting career in the early 2000s. She went on to appear in guest starring and co-starring roles in such film and television projects as "Dead/Undead", "Blood Games", "Click", "CSI: Crime Scene Investigation", "CSI: NY", "Friday Night Lights", "Prom Night", "Approaching Midnight", "Grey's Anatomy", "90210", "Private Practice", and "Entourage". She is most widely recognized for her recurring role on "One Tree Hill". In addition to acting, she has a successful country music career. She has released one studio album, which reached #5 on the country charts, and her single "Why Ya Wanna", reached #3 on the charts and has been certified Gold. She won the 2013 "Top New Female Artist" prize from the Academy of Country Music.