How much is Jamiroquai Jay Kay Worth?

Jay Kay Net Worth: Jay Kay is an English musician and singer who has a net worth of $70 million. He is best known for being a founding member and lead vocalist of Jamiroquai. The band has sold more than 26 million albums worldwide to date. Jay Kay is occasionally referred to as just Jamiroquai due to the misconception that the band is actually a solo artist.

Early Life: Jay Kay was born Jason Luis Cheetham on December 30, 1969 in Stretford, Lancashire, England. His mother, Karen Kay, is a former cabaret singer and a TV personality. His biological father is Luis Saraiva, a former guitarist. The two did not meet until 2001. Kay had an identical twin, David, who died a few weeks after they were born. His mother brought up Jay mostly alone in rural Devon and Suffolk. Kay attended Oakham School in Rutland. At the age of 15, Kay ran away from home and found himself homeless as he turned to a life of petty crime in order to merely survive. He returned home shortly after a false arrest and a near-death experience. Kay then decided to pursue a career in music and began working as a breakdancer. Before he formed his own band, he failed an audition to become a singer for The Brand New Heavies.

Since then their fourth album, Synkronized, has done just as well; it was recorded in Kay's home studio located in the garden of his 500-year-old, 11-bedroom Buckinghamshire mansion. Within the band, Kay became known for his array of elaborate hats and headgear and costumes and subsequently launched a clothing line. The band went on to record "A Funk Odyssey" in 2001, "Dynamite" in 2005, "Rock Dust Light Star" in 2010, and 2017's "Automaton." Jamiroquai was the third best-selling UK act in the '90s after the Spice Girls and Oasis.

As of April 2017, the band had sold more than 26 million albums worldwide. Despite massive popularity in the UK and high charting albums, the band couldn't find much relevance or a devoted audience in the U.S. They sold 4.4 million albums in the UK compared to just 2.5 million copies sold in the U.S. 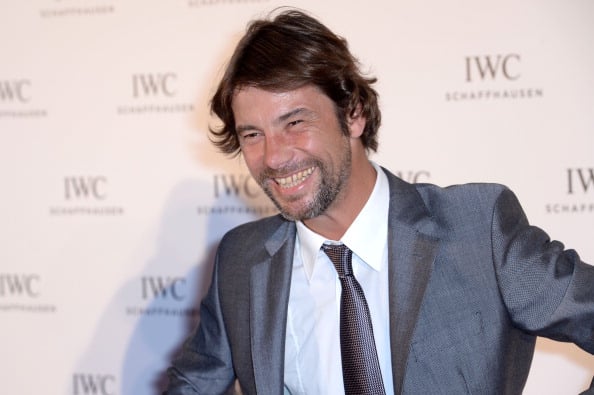 Car Collection: Outside of his music career, Jay Kay is known for his impressive and valuable car collection. His collection at its peak included 100 cars and today is likely worth at least $30 million. Jay especially loves Ferraris. Jay's collection includes a black Ferrari Enzo. He wrote a song about this car called "Black Devil Car". In March 2009 a drunk chef vandalized the Enzo, smashing its windshield and breaking the driver's side window, causing at least $40,000 worth of damage. The chef, who reportedly had consumed a bottle of vodka and was upset that Jay Kay was arrogant, was eventually sentenced to 20 months in jail.

Other notable Jay Kay cars include:

Other Appearances: Kay has appeared in an episode of the BBC series The Naked Chef alongside chef Jamie Oliver and has also performed on the series Strictly Come Dancing, singing Canned Heat. He also appeared four times in the BBC car show Top Gear. The first appearance was in Series 1 episode 2, where he set a lap time of 1:48.1 for the show's "Star in a reasonably priced car", becoming the leading high-scorer for the rest of the current and most of the next series. His second appearance was in Series 3 episode 4, where he drove his Lamborghini Miura with Richard Hammond as a passenger. The third appearance was in Series 11 episode 6 and he beat the top time held by Simon Cowell. He succeeded with a lap time of 1:45.8. Jay Kay won Top Gear's "John Sergeant Award" for the best dance. His time on the Top Gear test track was the fastest lap in 2008.

Personal Life: Kay dated Denise van Outen from 1998-2001. They were engaged and reported to be on the verge of marriage but split up in 2001. Kay has stated that at one point he had a substantial cocaine habit but has been free of drugs since 2003. Kay is in a relationship with a woman who he only names Maria publicly. The pair has two daughters, Tallulah and Carla. He confirmed in 2017 when he received the Broadcast Music, Inc President's Award at the BMI London Awards that he and Maria are in fact married.

In 2001, Kay was charged with assaulting a paparazzi photographer and damaging his camera outside a nightclub. Kay pleaded not guilty and the charges were later dropped. Kay was questioned by police in May 2002 after allegedly being headbutted by a member of the paparazzi that he had allegedly earlier punched and accused of damaging his new  £170,000 Bentley at a premiere of "Star Wars: Episode II: Attack of the Clones," at the St. Martin's Lane Hotel. He suffered a nose injury and a black eye but no charges were brought up.

In 2017, Kay severely injured his spine. The injury required surgery and led to Jamiroquai cancelling two shows in Tokyo for their Automaton tour.

Jay Kay is a former resident of Ealing in West London where he lived in Grange Road and played some of his very first gigs at The Haven, a pub on Spring Bridge Road. He resides in Horsenden, a small village in Buckinghamshire where he has his own private recording studio. 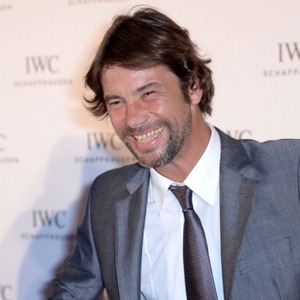