What is James Taylor's Net Worth?

James Taylor is an American singer, songwriter, and guitarist who has a net worth of $80 million. He is a five-time Grammy Award winner and one of the best-selling musicians of all time, with more than 100 million records sold worldwide.

Taylor was born on March 12th of 1948, in Boston, Massachusetts. Isaac M. Taylor, his father, was a physician, and his mother, Gertrude Taylor, was an aspiring opera singer. James was the second of five children, his siblings being Alex, Kate, Livingston, and Hugh.

In 1951, the Taylor family moved to Chapel Hill, North Carolina, where they built a house in the sparsely populated Morgan Creek area. James' family home and the beautiful, tranquil surroundings have been a huge inspiration throughout his career.

Taylor received cello lessons as a kid before picking up the guitar in 1960. He developed a distinctive technique derived from his piano and cello-playing. While spending summers with his family in Martha's Vineyard, James met the musician Danny Kortchmar, who encouraged Taylor to take music seriously, later stating, "I knew James had that thing." Taylor wrote his first song at 14, and by the summer of 1963, he and Kortchmar were performing in coffeehouses around Martha's Vineyard.

In 1963, while in his junior year in high school, James began to struggle, feeling overwhelmed and detached from the high-pressure atmosphere. By his senior year, Taylor became severely depressed, sleeping 20 hours each day, and his grades collapsing with him.

In 1965, James committed himself to a psychiatric hospital in Massachusetts. He received chlorpromazine, a drug typically used to treat bipolar disorder. Taylor responded well, finding a sense of structure and time. When drafted for the Vietnam War, James received a psychological rejection. He earned his high school diploma from the hospital's associated school and later claimed his nine-month stay was "a lifesaver. Like a pardon or a reprieve." Taylor considers his mental health struggles as "an inseparable part of my personality."

In 1966, James moved to New York City, where he formed a band called "Flying Machine," and began performing regularly around Greenwich Village. Taylor started using heroin, and by the end of 1966, he became fully addicted to the drug. His band dissolved, and James returned to North Carolina, where he spent six months receiving treatment.

In 1967, upon recovery, Taylor moved to London, where he met the head of A&R for the Beatles' newly formed record label, "Apple Records." After impressing Asher with a demo-tape, James signed to Apple Records and recorded his self-titled debut album. After recording the album, Taylor returned to the US and committed himself to a psychiatric hospital in Massachusetts, as he had begun using heroin again. In February of 1969, the album "James Taylor" was released but did not do well commercially as James could not promote the record due to his hospitalization.

While recovering, Taylor continued writings songs, and, in October of 1969, he moved to California after signing a new deal with Warner Bros. Records. James kept Asher as his manager and released his second album, "Sweet Baby James," in February of 1970. The album achieved immediate success, with both the album and its single, "Fire & Rain," reaching No.3 on the Billboard charts. "Sweet Baby James" sold more than $1.5 million copies and earned several Grammy Award Nominations, including Album of the Year.

In April of 1971, Taylor released his third album, "Mud Slide Slim and the Blue Horizon," which gained significant critical acclaim. The album's single, a cover of Carole King's "You've Got a Friend," reached No.1 on the Billboard charts and won the Grammy Award for Best Pop Vocal Performance. In November 1972, James released his fourth record, a concept record called "One Man Dog," which received lukewarm reviews, despite making the Top 10 of the Billboard charts. 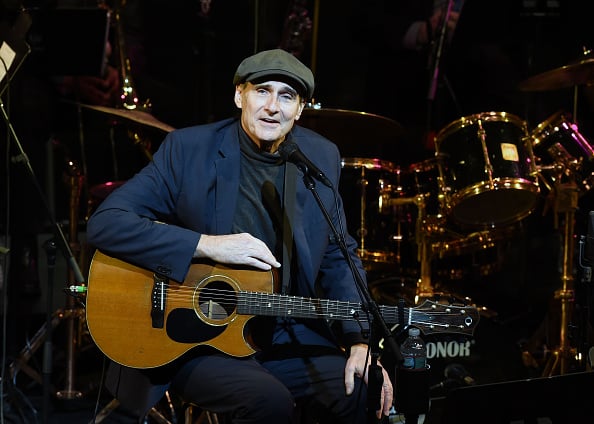 Taylor spent most of 1973 enjoying his life and did not return to the studio until January 1974, when he recorded his fifth studio album "Walking Man." The album was a disaster, receiving cold reviews and selling only 300,000 units in the US. However, James returned in 1975 with the Gold-certified album "Gorilla," which featured one of his biggest hit singles, a cover of Marvin Gaye's "How Sweet It Is (To Be Loved by You)." In 1976, Taylor released "In the Pocket," another Gold album. With James' contract with Warner ending, the label released "Greatest Hits," which became Taylor's best-selling album ever, certified 11x Platinum in the US.

James signed with Columbia, and between 1977 and 1981, released three studio albums, "JT," "Flag," and "Dad Loves His Work." After suffering extreme lows during the 1980s due to addiction and depression, Taylor found inspiration in a concert he performed in Rio de Janeiro, subsequentially recording two albums before the end of the decade.

James began the '90's with his 13th studio album, "New Moon Shine," then, after six years away from recording, Taylor released the introspective album "Hourglass," which focuses on his troubled past and family. The album won the Grammy award for Best Pop Album.

Since the 1990s, James Taylor has released six more studio records, received numerous accolades, and has performed at countless historical public events, including both of former US President Barrack Obama's inaugural celebrations. Taylor remains one of the most celebrated and respected musicians in history.

In November of 1972, James married American musician Carly Simon. They have two children together, Sally and Ben, both of whom are now musicians. Taylor and Carly divorced in 1983.

James Taylor was married to singer Carly Simon from from 1972-1983. They had two children, Sarah Taylor and Ben Simon Taylor; they are both musicians and political activists. Despite sharing two children, Simon and Taylor reportedly have not seen each other or spoken since their break up in 1983.

In 1985, James married the actress Kathryn Walker, which lasted until 1996.

On February 18th of 2001, Taylor married Caroline Smedvig, public relations director for the Boston Symphony Orchestra. Caroline gave birth to twin boys, Henry and Rufus, and the family moved to Lenox, Massachusetts, where they now live.

In the 1970s as he first became famous, James paid an undisclosed amount for a 145-acre estate on Martha's Vineyard, Massachusetts. Today the property is likely worth $10 – $20 million. After their divorce, Carly Simon bought her own property on Martha's Vineyard which she has called home for the last several decades. Their properties are a quick 25 minute drive away, yet they reportedly have not seen or spoken to each other since the early 1980s. 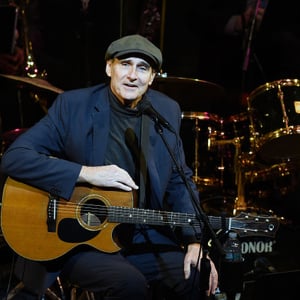