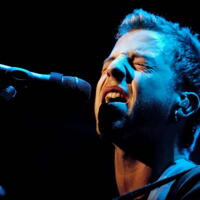 James Morrison net worth: James Morrison is a BRIT Award-winning English singer-songwriter and guitarist who has a net worth of $12 million. James Morrison was born on August 13, 1984 in Rugby, Warwickshire, UK. As a teenager he started busking when he lived in the village of Porth, in a local pub called the Phoenix. At the age of 21, James Morrison became an overnight sensation in the UK with the release of his debut album, 2006's Undiscovered. In 2007 he was nominated for 3 BRIT Awards and won the Best British Male Solo Artist category. In April 2007, he was awarded the title of an AOL Breaker artist. On September 29, 2008, he released his second album, Songs for You, Truths for Me. This album was a big hit thanks to singles like "Broken Strings" and "You Make it Real". In 2010 he wrote a song called "Quello Che Dai" for the Italian singer Marco Carta from his upcoming album "Il Cuore Muove".