How much is James McCartney Worth?

James McCartney net worth: James McCartney is a British musician and songwriter who has a net worth of $20 million. Born on September 12th 1977, in London, James McCartney is the son of legendary Beatle Paul McCartney and the late Linda McCartney. His earliest inspiration to learn guitar was Michael J. Fox in Back to the Future, and his first guitar lesson took place when his father gave him a Fender Stratocaster at the age of nine. Being raised by musicians, James has contributed to a significant number of solo albums by his parents, such as: Flaming Pie (1997) and Driving Rain (2001) by his father Paul and Wide Prairie (1998) by his mother Linda. He also played lead guitar on his mother's posthumously released solo album, Wide Prairie, in 1998. She died of breast cancer earlier the same year. In 2005, he accompanied his father during his 'US' Tour, and three years later, he stared working along with his father, David Kahne and bunch of other musicians on recording his own music. Under the pseudonym Light, he made his US performing debut with his own original solo material on November 14th 2009, at the Fairfield Arts & Convention Center, during the Fourth Annual David Lynch Weekend for World Peace and Meditation in Fairfield, Iowa. McCartney's first official release as both performer and songwriter was Available Light, while his complete EP collection, The Complete EP Collection, was released on November 22nd 2011. The later being his first physical release that included the previous two EPs along with five new original tracks and two new covers. Nowadays, McCartney works on the release of his first album Me, scheduled for May 21st 2013. In addition to being a musician and songwriter, he is also an animal right activist, and vegan in honor of his mother. 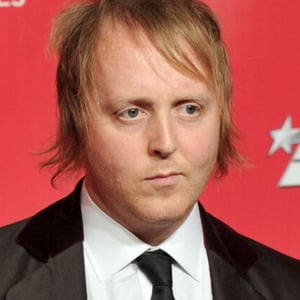